What is an open pit mine?

An open pit mine is a method of mining, usually for metallic ores, in which the waste and ore are completely removed from the sides and bottom of a pit which gradually becomes an enormous canyon like hole. 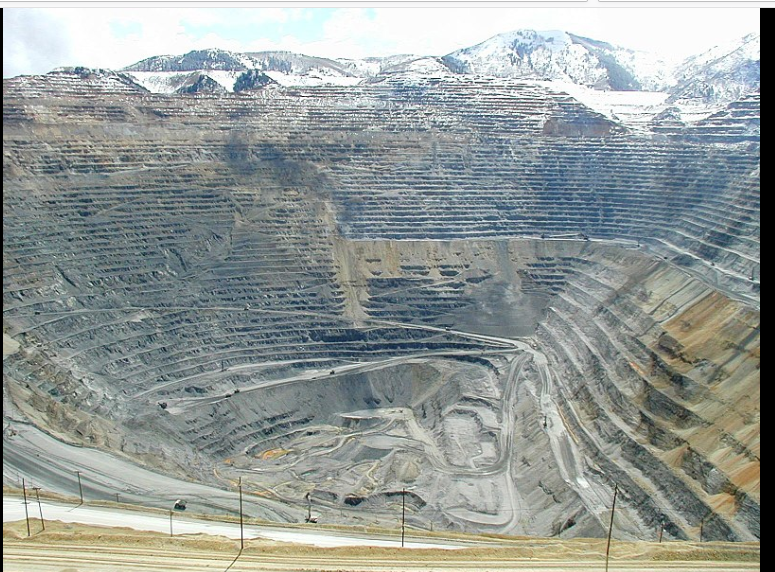 This huge pit is where a mountain once stood. It’s Bingham Canyon copper mine, the largest open-pit mine in the world. The mine, southwest of Salt Lake City, Utah, is 4 kilometers across and covers almost 8 square kilometers. It’s so deep—900 meters—that if a steel tower were built at the bottom, it would have to be three times taller than France’s Eiffel Tower to reach the pit’s rim.

The pit began in the late 1800s as an underground silver and lead mine. Miners later discovered copper. There are similar deposits at several sites in the American Southwest and in a belt from southern Alaska to northern Chile.

See all questions in Mining and Mineral Use

3478 views around the world