What is eluviation and in which layer is this most likely to occur?

The occurrence of eluviation process, is related with the water dynamics, inside the soil. This process leads to the removal of finer soil components, from the superficial horizons and deposited in the deepest horizons (such as oxides and organic compounds), which can occur horizontally or vertically (Figure 1).

These processes commonly occur in the more superficial soil horizons, where the influence of climatic conditions are most felt, the evolution of this process results in the formation of horizons with specific characteristics, in relation to coloring, texture, chemical compositions, and others.

An example of this process are the podzols, where the occurrence of the eluviation/illuviation process results in the formation of a more sandy and whitish horizon formed by the removal of oxides and organic matter from the profile, followed by a darker horizon resulting from the accumulation Of the material removed from the upper horizon (Figure 2). 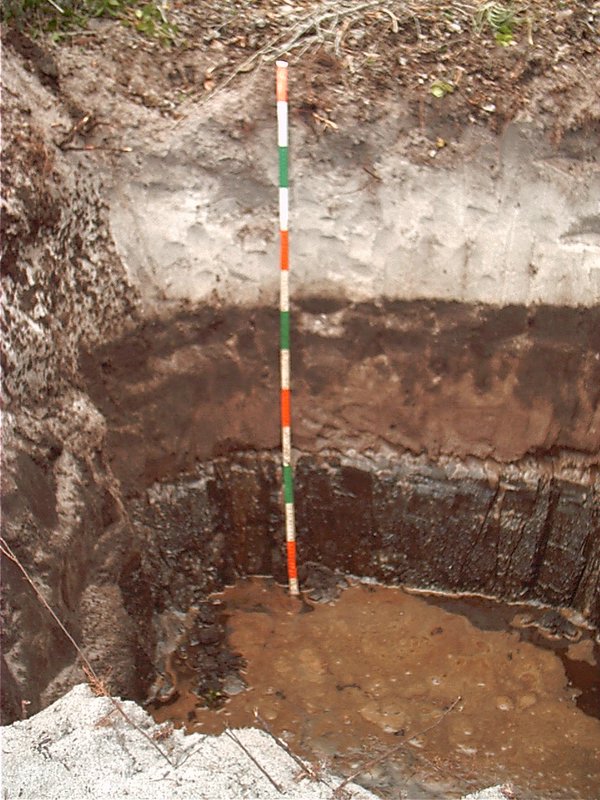 See all questions in Soils