What is gamma decay?

There are many kinds of radioactive decays. Three of main kinds are:

Unlike the other modes of radioactive decay, the number of protons and neutrons in the nucleus of the atom are not changed. Instead, the energy level of the atom is lowered by one to a stable state. 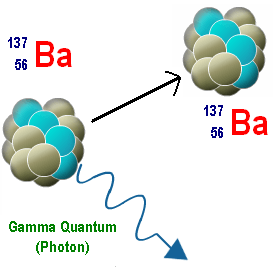 Another example is of gamma decay of Technetium-99m into Technetium-99, where 'm' stands for metastable, which in terms of an atom, ion or atomic nucleus, means that the atom is in an excited state: