What is atomic mass?

The sum of mass of proton,electron and neutron (individual components) of an atom is atomic mass.

Simple the definition lies in the meaning itself. The mass of an atom is refereed as its atomic mass.

Commonly the atomic mass is calculated by adding the number of protons and neutrons together whereas electrons are ignored.

Expressed in:- grams or any other units to measure weight.

Here are some of the elements and their atomic mass- 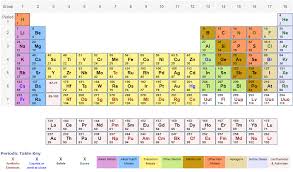