What is the difference between organism, population, community, ecosystem, biome and biosphere?

These are all different terms used to organize life on Earth. See explanation.

These are different terms used to organize life on our planet. 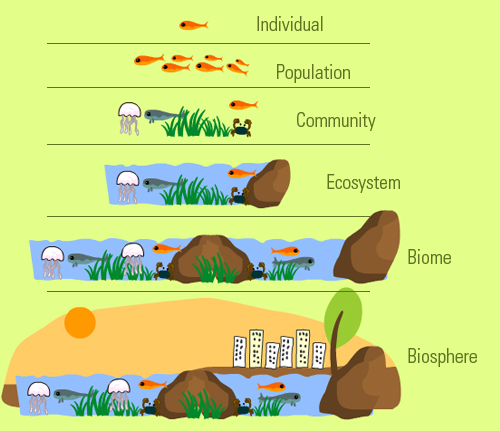 An organism describes an individual. You are an organism. I am an organism. The mosquito that flies by your window is an organism. An organism is a single, living thing and can be an animal, a plant, or a fungus. Organisms grow and respond to their environment.

A community is the term used to describe two or more populations of different species that occupy the same space at the same time. For example you could talk about the community of Yellowstone National Park that is made up of numerous animals such as elk, bighorn sheep, coyotes, porcupines, different species of frogs, and fish and insects and so forth.

An ecosystem is the term used to describe both the biotic (living) and abiotic (nonliving) factors in a system. The ecosystem in the image below is made up of birds, frogs, fungi, plants, mammals, bacteria, the water, the run, the rocks, the soil, and so forth. 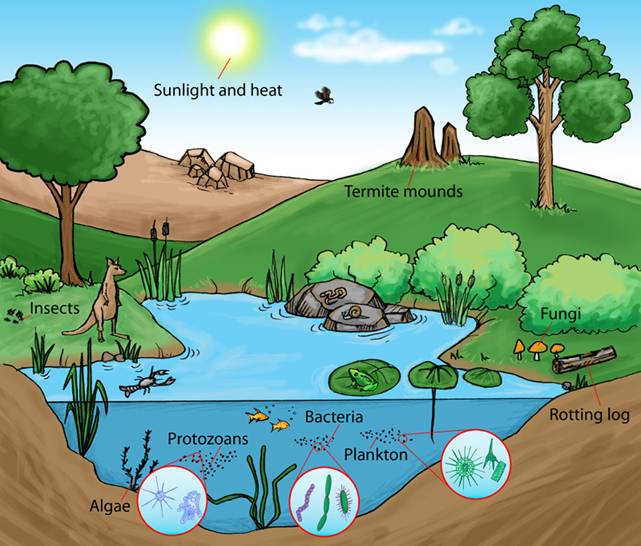 A biome is the term used to describe organisms that occupy a certain area. Biomes are determined by the primary vegetation type, the climate of the area, and the geographic location. The plants and animals in a biome share common traits that are specific to the individual biome those plants and animals inhabit.

A biosphere is the term used to describe the combination of every ecosystem on the planet. Our biosphere is Earth. The biosphere includes all living beings and their relationships.

If you wanted to include species in this list, it becomes slightly trickier. There are many definitions of species but a common one is that a species includes every member of the species within multiple populations. Thus, in the first image, species would fall between population and community in a sense. Although you can have multiple populations of kangaroos all living in different populations and communities, and all of these kangaroos would be in the same species.