What is the relationship among amplitude, crest, and trough?

The relationship is , where A is the amplitude value, C is the crest value and T is the value of the trough.

The amplitude is the difference between the equilibrium value (of the dependent variable) and the maximum value the dependent quantity will take over one period. 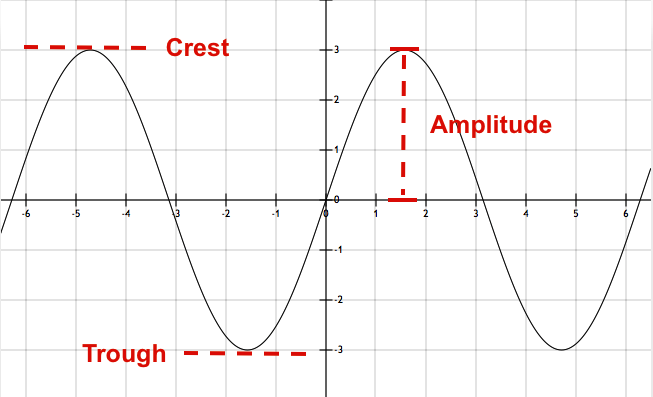 Since the crest of the wave is defined as the highest value (e.g. ) and the trough is the lowest value (i.e. ), The amplitude of a wave, A, is the distance between the crest (C=3) and trough (T=-3) of that wave, which we can express in compact form as

So, in this case, , half the distance between the crest and the trough of the wave.

6110 views around the world