What is the relationship between the greenhouse effects and climate change?

The trapping of heat on Earth

The greenhouse effect is essentially the atmosphere trapping infrared radiation (heat) on Earth. It's is the reason the temperature doesn't plummet during the night time like it does on Mars or other planets with less of an atmosphere.

However, the greenhouse effect that humans have caused over the last two centuries is the direct cause of climate change.

Since the start of the industrial revolution, the amount of greenhouse gases (basically gases that help trap in heat) in the atmosphere has reached levels that haven't been seen in hundreds of thousands of years. Through industrial output, mining, smelting, driving, agriculture, and the burning of wood and other materials, we've made the amount of CO2 in the atmosphere go from about 280ppm (within natural levels) at about 1750 to over 400 (it's 408.5 ppm right now). 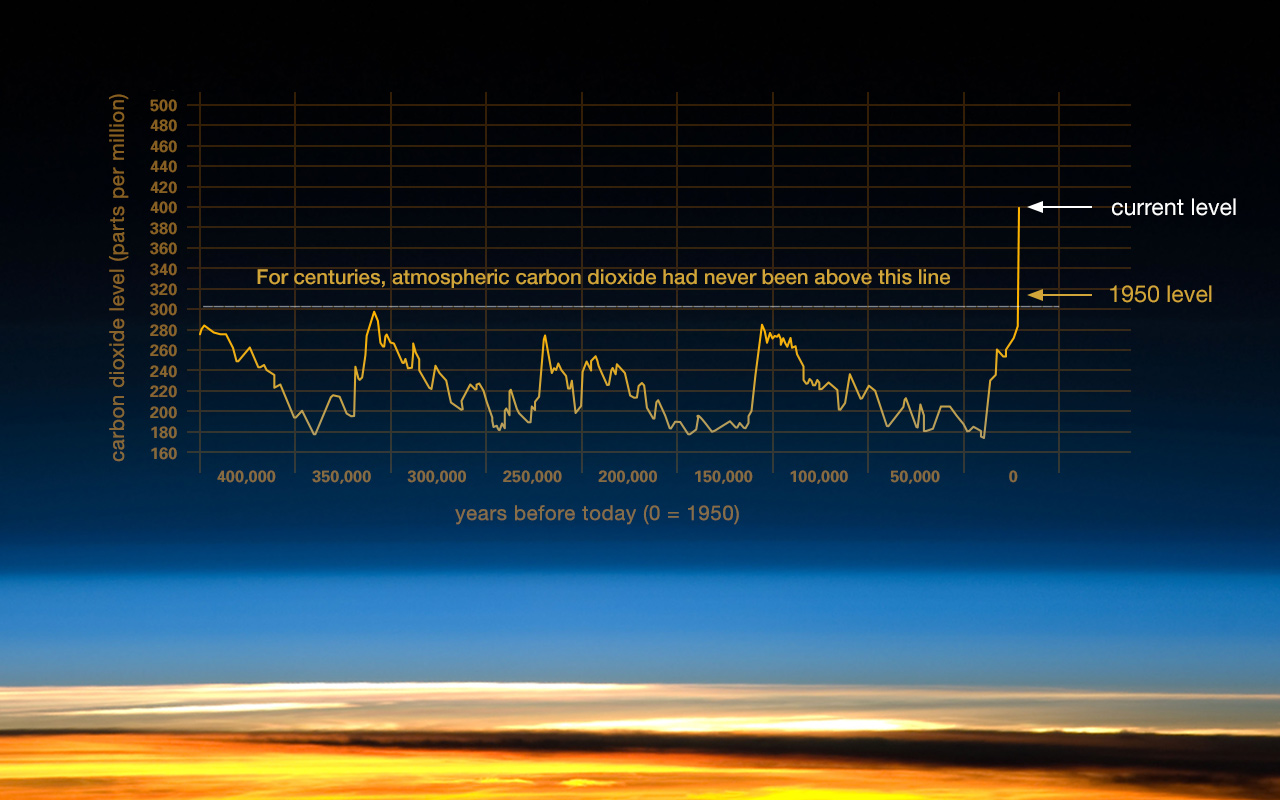 Just so you don't make false conclusions based on what I'm saying, for a lot of the greenhouse gases, human sources are actually still a minority of the emissions. For example, 62% of nitrous oxide emissions are actually natural. However, the 38% of emissions caused by humans is what's causing the rapid climate change we've been observing for the past century or so.

5942 views around the world