What regions are considered part of the Sunbelt?

There are 13 states that are considered to be part of the Sun Belt.

The main feature that unites the Sun Belt is that all of its regions have warm climates with long summers and brief, mild winters. The Sun Belt includes all of the states in the American Southwest and American South, these include (from west to east, north to south):

Here's a map of the Sun Belt: 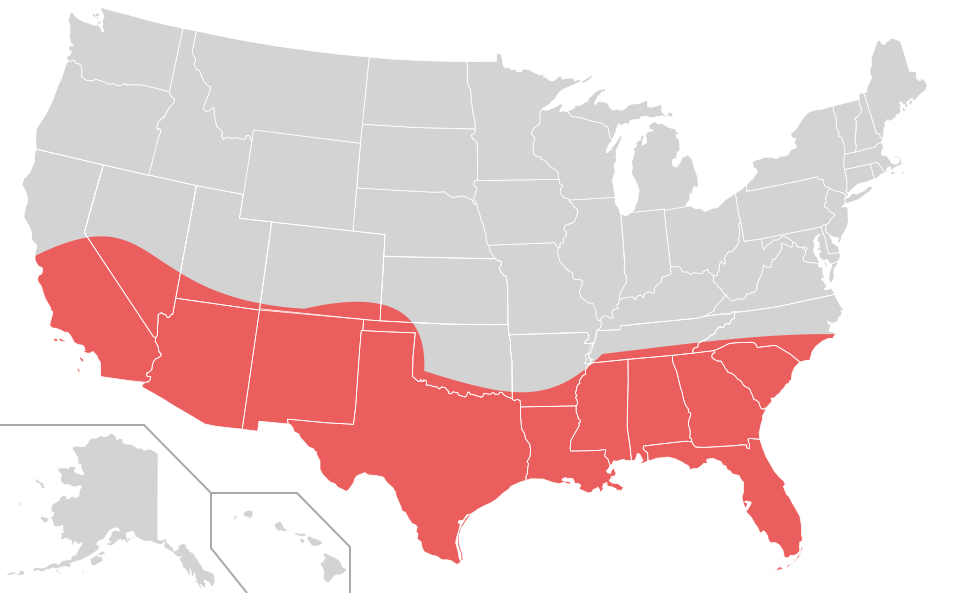 Despite what the map shows the Sun Belt does not include Utah, Colorado, Nebraska, Arkansas, or Tennessee.

According to the 2008 U.S. census, at the time there were 110 million people living in the Sun Belt, the largest city being Los Angeles with over 18 million people in the metropolitan area.

3542 views around the world