What would happen to a solar system if gravity suddenly stopped working?

Everything would float off the planets. Then suffocate. And then promptly burn to a crisp

First thing you'd notice if gravity stopped working is that you'd no longer be able to keep your feet on the ground. Without gravity, everything on the surface of the Earth will start floating off. Animals, people, cars, ships, the water on which the ships float, pretty much everything not stapled, glued or growing from the earth would float off.

But that also means our atmosphere (just like the atmosphere of Jupiter-class planets) will very quickly fly off into space. After all it's being held down only by gravity. On Earth or any planet with water, the seas and oceans will start floating off into space as well, complete with some very confused sea life. (Only corals and anemone would hang around).

Of course, the planets and moons would cease to orbit their respective parent bodies and would continue in a straight line tangential to the point (Blue line on this image) 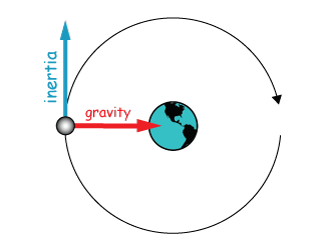 But this will pale in comparison to what happens to the Sun.

The Sun is in a constant battle between gravity and radiation pressure. Basically it's so massive that its gravity is compressing the core, which becomes hot enough to burn hydrogen. The pressure (pressure gradient really) created by these reactions counteract the gravitational contraction and the sun finds itself in an equilibrium. You've heard the word supernova, and it's what happens when the radiation pressure loses to gravity (the star runs out of fuel), and the core collapses. This will never happen to the sun luckily.

However without gravity, there will be no forces to hold back the intense pressure in the centre of the sun. The sudden removal of gravitational contraction will create shocks as the dense pressurised core tries to expand through the upper layers of the star. These shocks will temporarily raise the temperature of some layers creating brief runaway nuclear fusion which will accelerate our star's demise. Within a handful of minutes, the Sun will have literally blown up, expelling super heated gas across the solar system.

So if you've managed not to suffocate and are enjoying your 30-60 minutes floating in vacuum, pray you're on the night side of the planet you were inhabiting, because there's a star's worth of boiling plasma headed your way.