What would happen to your red blood cells if they were placed in salt water solution?

Biology Movement In and Out of Cells Osmosis

The red blood cells will shrink in size due to osmotic-like pressure differences until it reaches a "favorable" size.

Introduction
Osmosis is the physo-chemical process resulted from pressure differences.

Example of this principle is found on physiology on the celebrated Fick's law. Further, cells in general use this physical phenomenon for transporting important molecules in and out of the cells in what is named passive transport, no energy is demanded, no proteins is used for the job. 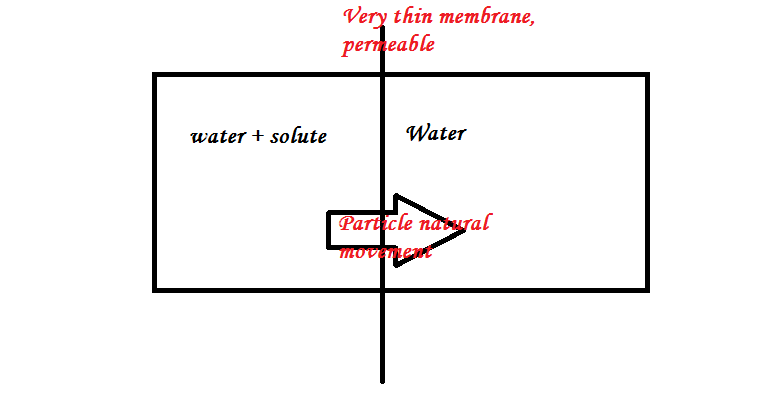 Blood cells are composed mainly of water, it will make up the proportion of about 90% of water for whole body. One nice example is when we remain too much time in the pool or sea water, our skin will change its normal state.

Because of the difference in osmotic potential caused by the salt water solution, water will diffuse out of the red blood cells causing them to shrink in size. Accordingly, this principle is used in the curing(*) of meat and vegetables; most of the bacteria will have their cells destroyed due the "water-stealing process."

Therefore, when we place blood red cells within a salty solution, pressure generated by concentration differences, of salt, higher outside, will make salt come in, due to cell-self protection mechanisms, not too much, and water will come out, eventually the cell can "crack." It can be seen for instance when a frog gets in touch with salt by the skin, they loose the skin-need humidity. On the upcoming picture, we have an schematic picture of a shrivelled cell.

Notes.
(*) Curing is the addition to meats of some combination of salt, sugar, nitrite and/or nitrate for the purposes of preservation, flavor and color. http://nchfp.uga.edu/publications/nchfp/lit_rev/cure_smoke_cure.html. accessed on 10 02 2016.

See all questions in Osmosis