What would happen? Explain your observations.

If you tie two tennis balls together with a string about a foot long, mark the center of the string with bright ink or attach a brightly colored sticker to it, and hold one ball and let the other hang down and throw it in a ballistic trajectory.

I think that the system will rotate during the flight while the center of mass (marked by the bright ink) will describe a parabolic trajectory simmilar to the one of a projectile. 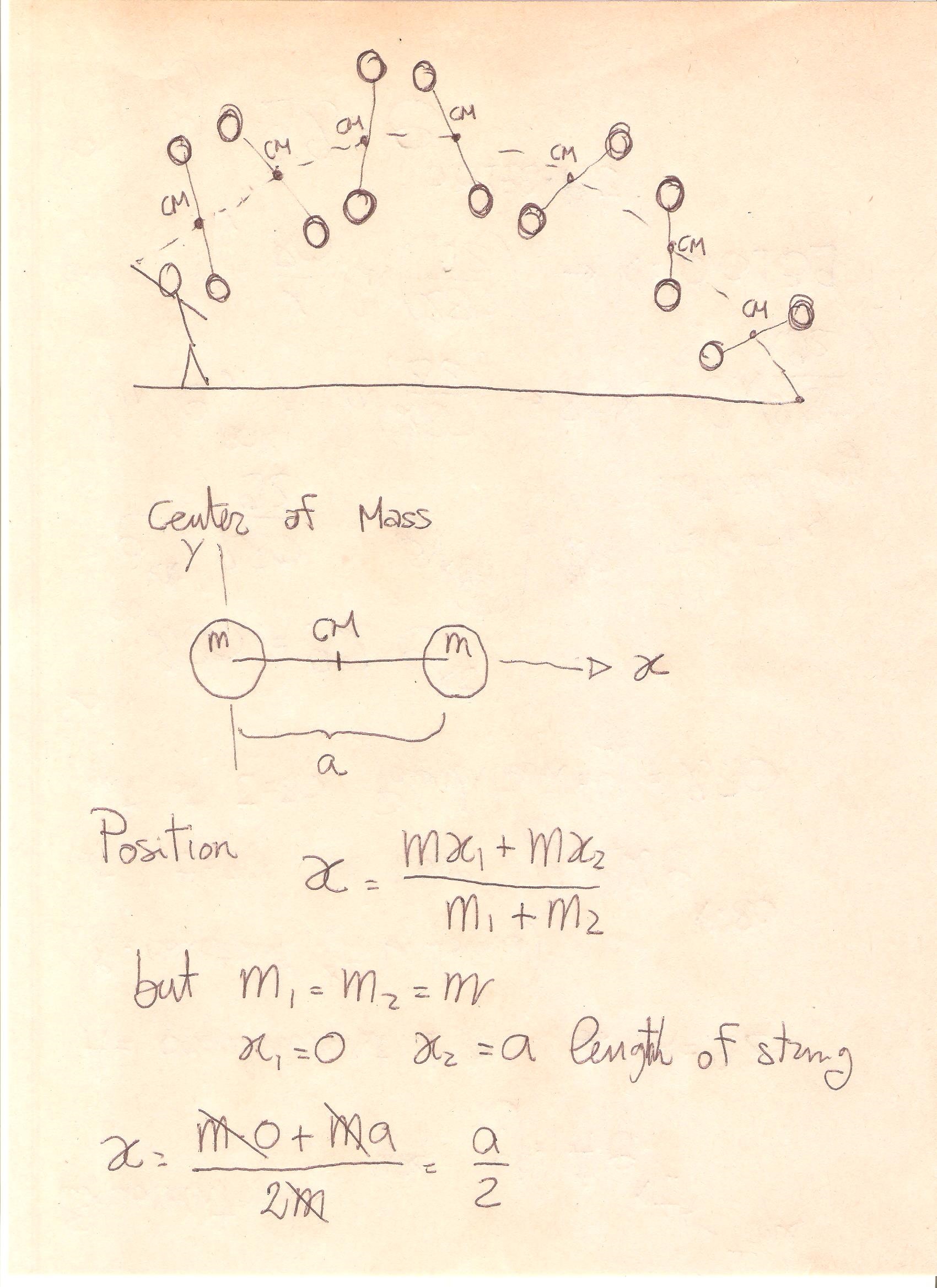 733 views around the world