Why a body at linear motion posses angular velocity?

Imagine you're standing on the side of a railroad, and you see a train pass by: 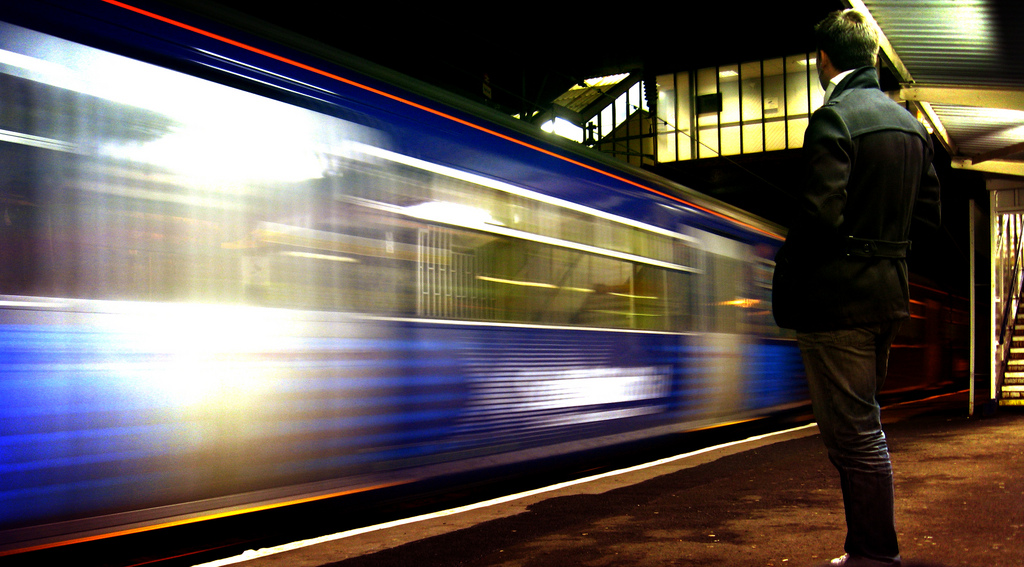 As the final carriage passes, you'll notice that you'll have to turn your head to keep it within your field of vision.

Conversely, imagine you're standing in front of the train (please don't actually stand in front of a moving train):

Now, you don't have to turn your head at all to keep looking at the train: all you see is it getting closer, closer and closer to you.

In both cases, the train is not moving any differently: it's following the same linear motion down a track. The difference is your perspective.

When you're on the side of the track, the passing train appears to have some angular velocity, as shown by the fact that you have to turn your head to keep looking at it. On the other hand, when you're right in front of it, there appears to be no angular velocity, since it's coming straight at you. Which of the above you interpret is solely dependent on your perspective.

In summary, an object with linear motion has angular motion as well, a phenomenon that occurs because of the perspective from which you view it.