Why do we draw a normal between the reflected ray and the incident ray? What does a normal represents??

Refer to the figure above. A ray of light is incident on a totally reflecting surface (mirror) at a certain point.

This point is called point of incidence.

If we draw a line which is perpendicular to the reflecting surface at the point of incidence, this line is called the normal.

As such it is an imaginary line perpendicular to the surface reflecting the light.

Angle between the incident ray and the normal is called angle of incidence. Shown as .

Angle between the reflected ray and the normal is called angle of reflection. Shown as

For a curved mirror as in the figure below 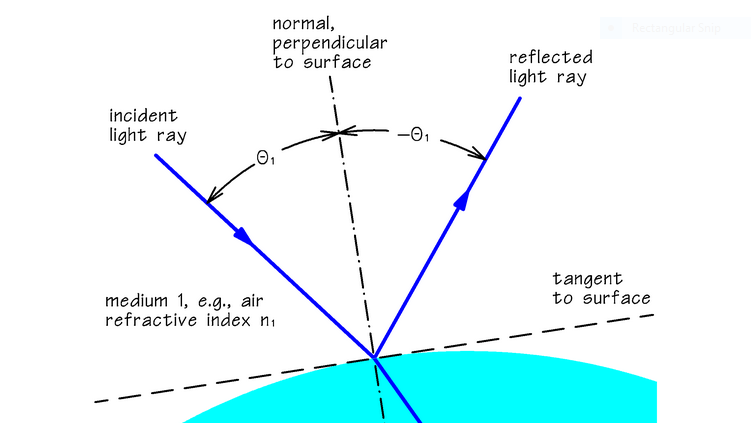 A tangent is drawn at the point of incidence, and normal is drawn to the tangent.

See all questions in Refractions

8819 views around the world