Why is the question mark sometimes placed outside the quotes?

It all depends on the context of the quote.

Harley asked, "Can I have dessert before dinner?" 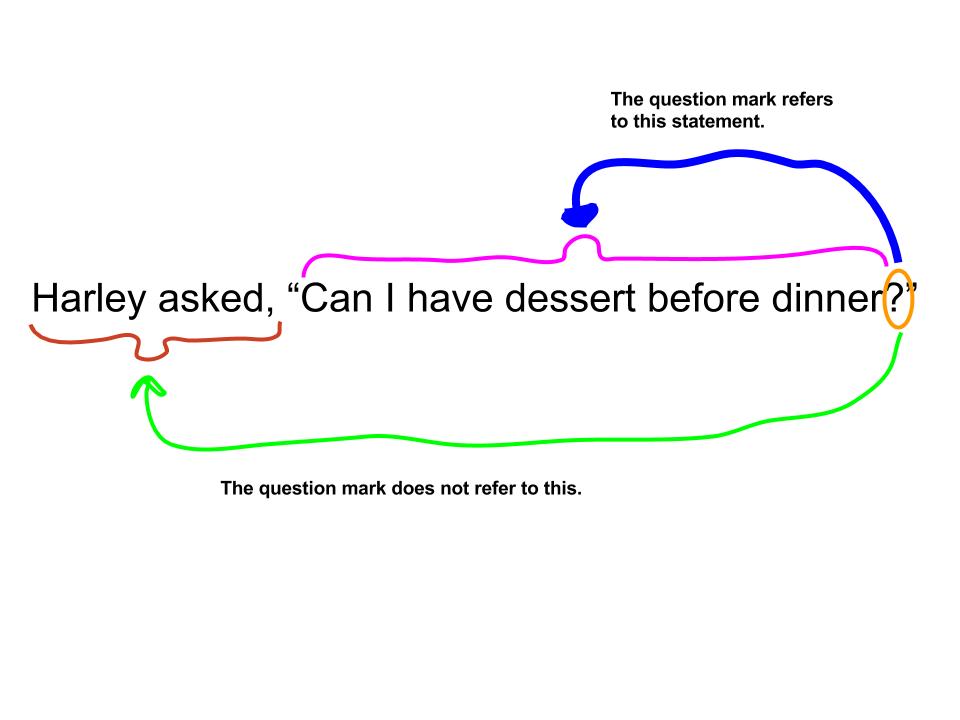 If however the person being quoted is not asking a question but the entire sentence is in the form of a question then the question mark is placed outside of the quotation marks (we sometimes use quotation marks for chapters of books, song titles, or newspaper/ magazine article titles). For example:

What do you think of the line "beautiful scars on critical veins"?

Let's dissect what's going on here. So the person that's speaking is asking a question (in this case someone's opinion) however the line "beautiful scars on critical veins" is the specific statement the speaker want's someone's opinion on. Again, here's a picture to help us better understand this: 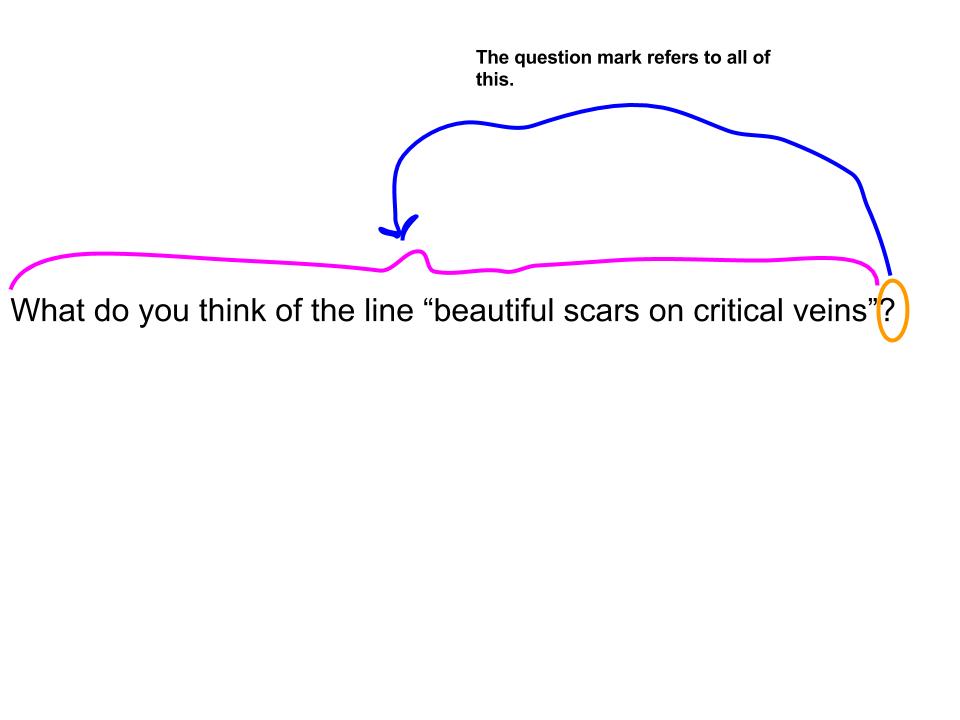 These same rules apply to exclamation points. Unfortunately other forms of punctuation such as periods , commas , and semicolons are more complex with regards to their rules.

See all questions in Question Marks

2469 views around the world