Why is the reaction of alkanes with iodine thermodynamically unfavorable?

Now, recall the radical halogenation mechanism (for bromine, but it could be for any halogen because it's only theoretical): 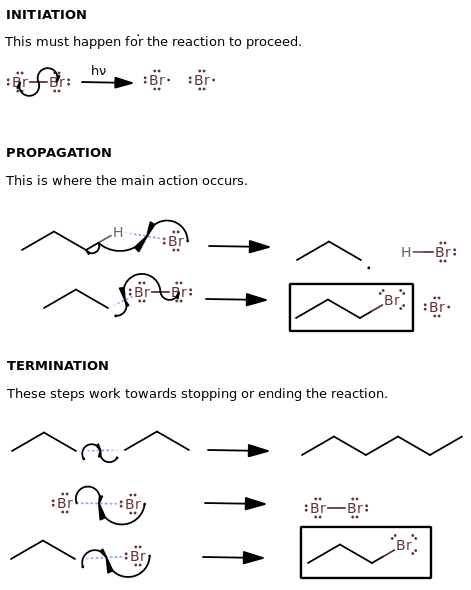 (Although the above mechanism uses bromine---I'm reusing one of my old images, you can replace it with iodine and it carries the same message.)

We should note that the reaction is thermodynamically unfavorable with iodine in the sense that the second step isn't able to go to completion.

Naturally, it has to do with how well the bond can form in the propagation stage.

First, note that the first bond broken is the sigma bond. Then, in the propagation stage, a bond breaks and an bond is supposed to form. Let's take a look at those approximate bond enthalpies:

As you can see, the total bond breaking/making enthalpy change is . Enthalpy here is endothermic.

It could be that since radical reactions go until all reactants are used up, and are catalyzed by heat or light, it uses similar equivalents of reactants as it does products. Either way, the entropy change is close to .

So, numerically, it turns out that for radical iodination.

An additional way you could support this is that during the propagation stage, an bond has to form, but hydroiodic acid has a pKa of around , which is quite a strong acid. So, it is in consequence going to effectively stay dissociated as and ---the hydrogen can donate the radical electron to reform the alkane.

Why is the pKa so low? Probably because iodine is so large. The internuclear distance between hydrogen and iodide in hydroiodic acid is the largest of all the hydrohalogenic acids because iodide itself is pretty large ().

See all questions in Radical Halogenation of Alkanes