Why is van der Waals radius greater than covalent radius for covalent compounds?

Simply put, because it deals with unbonded atoms.

The main reason for why the van der Waals radius is greater than the covalent radius is that it does not take into account overlap.

To determine the van der Waals radius of an element, you need to get two atoms that belong to that element and get them as close as possible to each other.

At this point, you measure the internuclear distance, i.e. the distance between their two nuclei, and divide it by 2.

Remember, these atoms are not bonded, they are just very, very close to each other - as close as possible - but not overlapping! 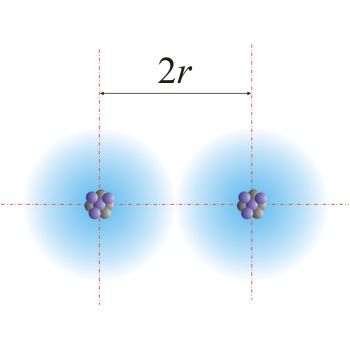 For the same element, you determine the covalent radius by looking at the diatomic molecule that forms when those two atoms form a covalent bond. 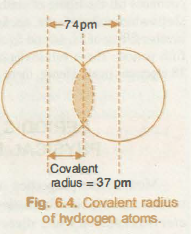 When two atoms form a covalent bond, their electron clouds overlap. In essence, that is what a covalent bond really is - an overlap between orbitals.

Since a part of their electron clouds overlap, the atoms will be a little closer to each other. This is why, when you measure the internuclear distance between the two and divide it by 2 you get a smaller value. 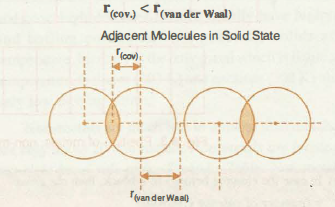 The overlap that exists between the two electron clouds is what causes the covalent radius to be smaller than the van der Waals radius.