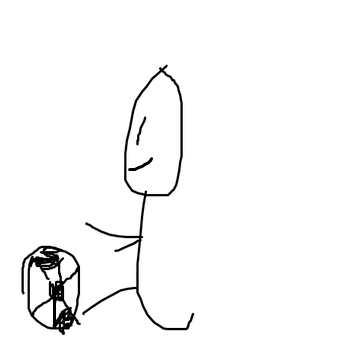 The feeling of Weight comes from the Normal(perpendicular) force that anyone receives from the surface on which they are standing.

This Normal force is in reaction to our weight; as predicted by Newton's 3rd law.
This is the case for stationary bodies.

For bodies in free-fall i will explain the feel of weightlessness with 2 cases:

1)A parachutist
Consider a parachutist falling freely above the earth. His body is not in contact with a solid suface and so he receives no normal force equal to his weight. Hence he has 'no sensation' of his weight!

2) An Astronaut in a spaceship, orbiting the Earth

NOTE: The Astronaut orbiting the Earth is still in free fall; the only diference he has with the parachutist is that, the astronaut is permanently 'falling unto but missing the earth'. WHY? Because his velocity is tangential to his circular path and not straight unto the earth.

That said, since Astronaut and the spaceship are both falling freelling due to gravity, it follows that they both have the same acceleration that roughly equals :

since the reaction is zero no feeling of weight is experienced!

FINAL SUMMARY:
Somebody experinces weightless during freefall because the Normal Reaction on him due to his weight is

See all questions in Falling Objects

1598 views around the world