I can't give you an in-depth mechanism, but here a brief orbital description.

Many chemists believe that the ylide reacts with the carbonyl group via a [π2s + π2a] cycloaddition to form an oxaphosphetane (OP).

In the diagram below, we see a [π2s + π2a] cycloaddition reaction between two alkenes.

In the same way, the a [π2s + π2a] reaction occurs between the HOMO of the ylide and the LUMO of the carbonyl. 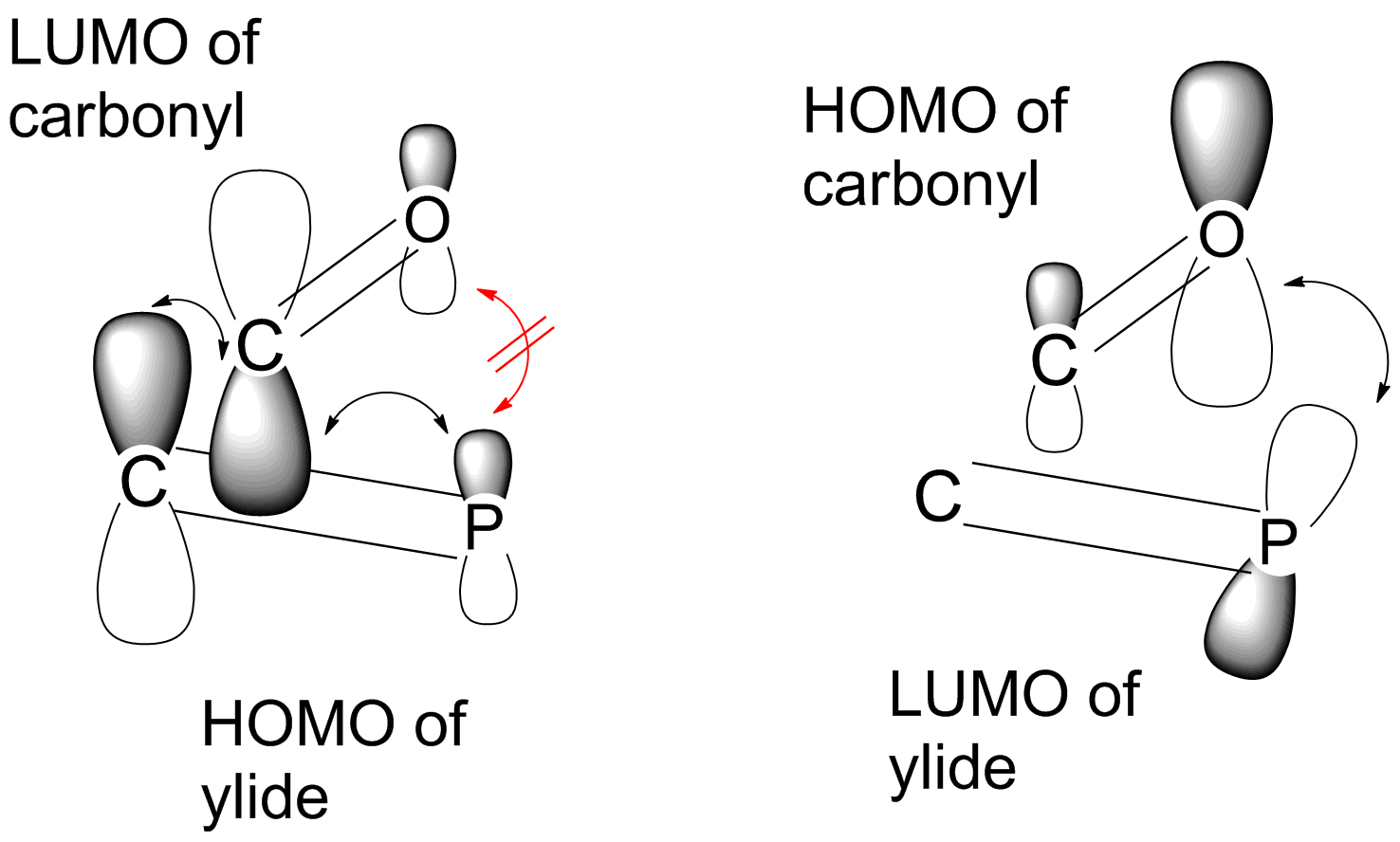 The ylide group is the nucleophile, so the primary interaction is between its HOMO and the LUMO of the electrophilic carbonyl group.

The intermediate OP is a puckered four-membered ring like that shown below.

The OP then decomposes in a cycloelimination reaction to form the alkene and triphenylphosphine oxide.

The above description doesn't explain all the details of the Wittig reaction, but it may explain how the orbitals are involved in the formation of the oxaphosphetane.

1712 views around the world