Free rotation around a covalent bond is said to take place when the two atoms that form the bond can be rotated around each other, in the same or opposite direction, up to without weakening or breaking the bond. 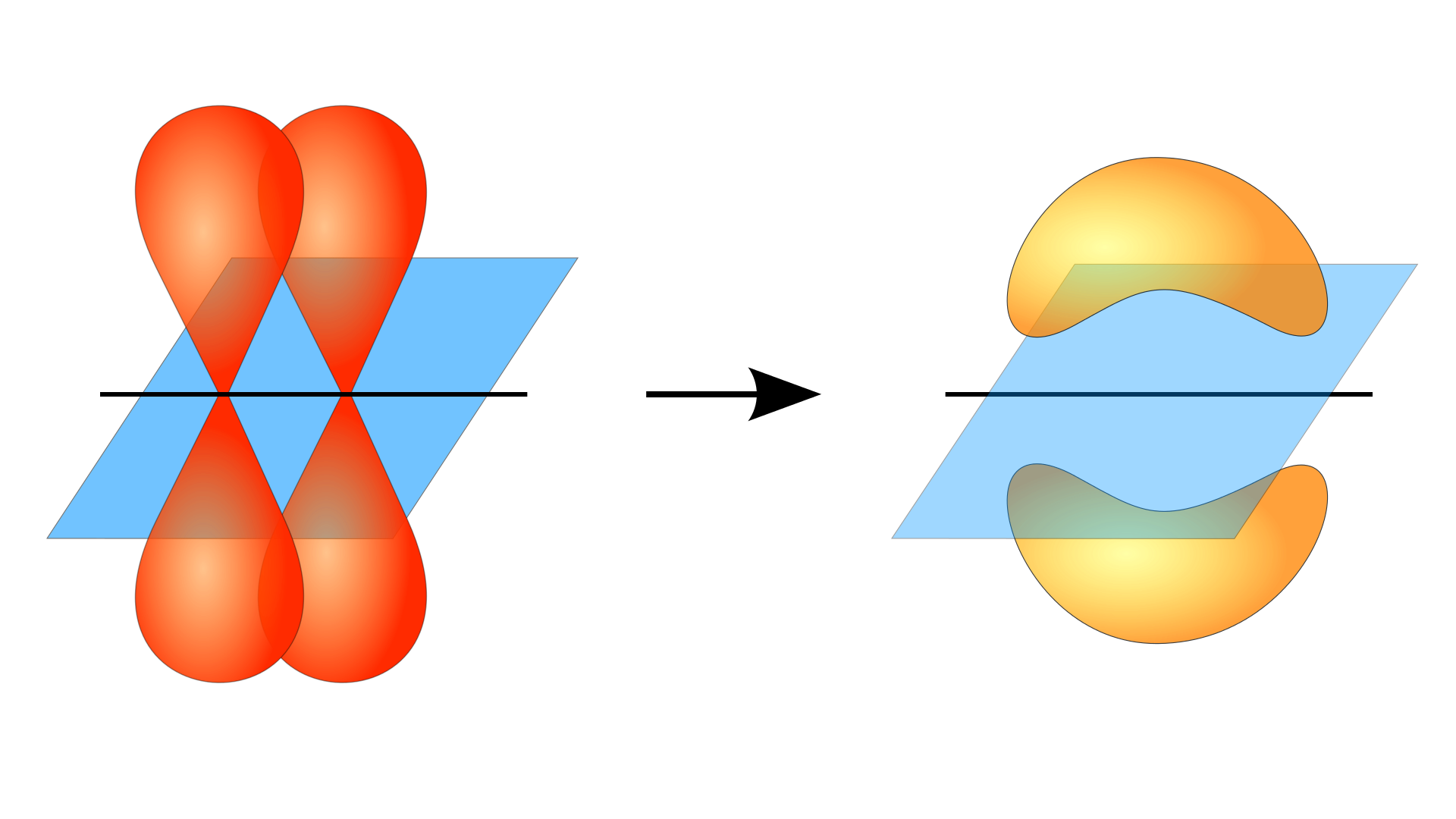 A pi bond results from the adequate overlap of p-orbitals that are in contact through two areas of overlap. Atoms joined by such a bond cannot rotate about that bond without breaking it, since rotation will disrupt the parallel orientation of the p-orbitals.

Free rotation about the pi bond would mean that, at some point, the p-orbitals would have to go through a phase where they are at from each other (imagine a cross or a propeller); this would indeed disrupt the pi bond since no overlap would be present.

Here's a simulation of the double bond in ethylene ()

Notice that the p-orbitals (purple in this picture) join together in a perpendicular direction relative to the sigma bond that connects the two carbon atoms, and overlap the most when they are parallel to each other.

Some variation in this overlap is tolerated, however, with some molecules maintaining strained double bonds that are slightly twisted.

As a conclusion, a pi bond prevents free rotation in molecules.

1084 views around the world