How does a woman's body change during puberty?

When a young woman enters puberty, the body begins to get ready for the reproduction of a new life.

The uterus becomes mature and the lining (endometrium) also forms fully. This lining will be where the embryo will implant and will begin development. If no sperm meets the egg, no embryo will form.

If this doesn't happen, then the lining will be discarded by the uterus. The uterus will form a new lining around every 28-32 days until all of the eggs that are in the ovaries are gone. 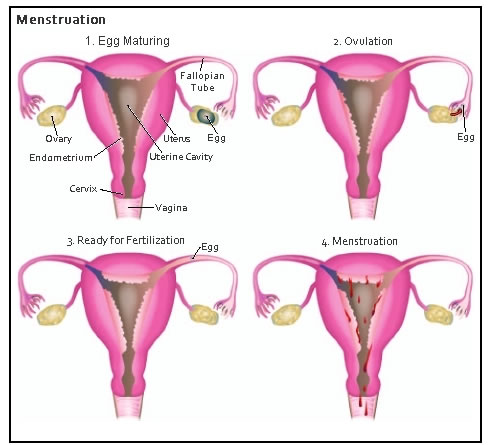 This will form what are called the monthlies by some people or a period by others.

The first few are irregular. The body is getting use to the hormones and their cycles. Often the first ones do not produce an egg.

These cycles begin around 11-12 years of age. It is hard to believe but young woman long ago were often married by that time and they began to have children. The human life span was about 40-45 years.

The egg is released about 14 days before the bleeding begins. The bleeding occurs when that lining is lost. It can take 3-5 days for it to heal and begin forming again.

Sometimes a period (bleeding) can be painful because some of the clots are rather large. The muscle of the uterus also contracts and that can be uncomfortable as well.

See all questions in Sexual Reproduction

2998 views around the world