The iodine cyanide molecule, , has a total of 16 valence electrons, 7 from iodine, 4 from carbon, and 5 from nitrogen.

If you take into account the fact that carbon is the central atom, the only Lewis structure that would give all the three atoms complete octets without any formal charges would look like this

All the 16 valence electrons are accounted for and all the have have complete octets.

Now for the phosphate ion, . This polyatomic ion has a total of 32 valence electrons, 5 from phosphorus, 6 from each of the four oxygen atoms, and 3 from the overall negative charge. 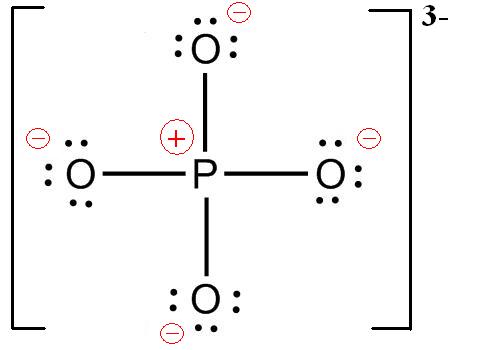 Notice that all the atoms have complete octets, but that you have significant charge separation, which reduces the stability of the structure.

Since phosphorus is a period 3 element, it can actually have an expanded octet, i.e. accomodate more than 8 electrons in its outermost shell. This means that you form a double bond to one of the oxygen atoms in order to reduce the separation of charge.

As a result, you'll get a series of resonance structures that will look like this 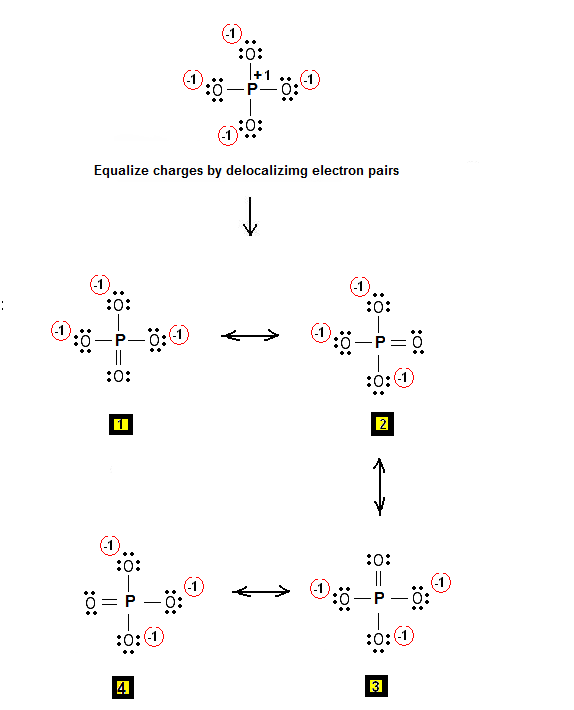 The actual Lewis structure of the phosphate ion is a hybrid of all these structures.

7248 views around the world