Because post Big-Bang conditions favored the destruction of nearly all deuterium produced.

Actually, not all hydrogen atoms lack a neutron. 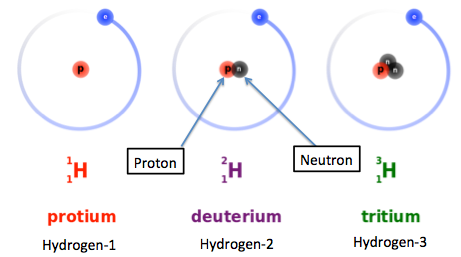 Protium, or hydrogen-1, only has 1 proton in its nucleus. This isotope is by far the most abundant of the three. For every 1 mole of hydrogen, you get approximately 99.98% hydrogen-1 atoms.

That is the case because the Big Bang only produced hydrogen, helium, and small amounts of lithium. In the minutes after the Big Bang, something called the BIg Bang nucleosynthesis took place.

During this stage, deuterium, among other isotopes, was produced. However, the temperature of the universe was so hot that nearly all the deuterium was destroyed.

The vast majority of protons thus remained as free protons, which is what a hydrogen-1 nucleus actually is.

Minutes after that happened, the universe cooled enough to allow for the protons and neutrons to combine and form deuterium, which in turn made the formation of helium-4 possible.

Approximately 20 minutes after the Big Bang, the temperature of the universe had dropped enough for the BIg Bang nucleosysnthesis to stop.

At that point, conditions no longer allowed for the formation of deuterium and tritium, and the abundances of hydrogen's isotopes were set.

2930 views around the world