Because you're going from an acidic solution and a basic solution, to a neutral solution.

A neutralization reaction takes place when an acid reacts with a base to produce a salt, which will exist in solution as cations and anions, and water.

At an ionic level, the reaction looks like this

The ions that are present on both sides of the equation do not take part in the reaction, so you can say that

In essence, the hydronium ions and the hydroxide ions are neutralizing each other, hence the name neutralization reaction.

The pH of the solution will once again be equivalent to the pH of water, characterized by a concentration of hydronium ions equal to .

This reaction is very exothermic, which is another way of saying that heat will be released. 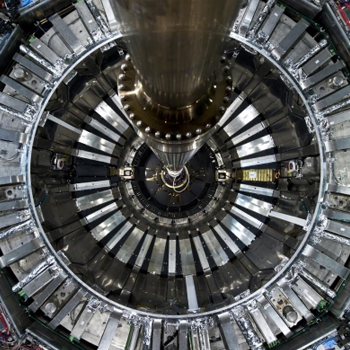 Keep in mind the resulting cations and anions as well.

This means that if you take sulfuric acid's ionization to be complete, i.e. it donates both protons, then the sulfate anion, , will be neutral.

Likewise, sodium hydroxide, being a strong base, will produce sodium cations, , which are neutral.

It is worth noting that sulfuric acid ionizes in two steps, and that only only its first ionization is considered to be characteristic of a strong acid.

However, its conjugate base, the bisulfate anion, , is a relatively strong weak acid in its own right, which is why, in practice, both ionizations are considered to be strong.

If you were to consider the second ionization as being that of a weak acid, then the resulting anion, , would be basic, but not by any significant amount.

That is why, for all intended purposes, the sulfate anion is considered neutral, which in turn adds to the fact that sodium sulfate, , is a neutral salt.

See all questions in Neutralization

3136 views around the world