Here are some main points to remember bout aqueous solutions.

A solution is a homogenous mixture of two or more substances in which the solute is being dissolved and the solvent does the dissolving.

Now, since the solvent dissolves the solute, you can expect it to be in greater quantities in the solution.

The word aqueous is actually derived from the Latin word aqua, which means water.

That something, which of course is the solute, can be a wide variety of chemical compounds.

For example, some soluble ionic compounds, like sodium chloride, , will exist as cations and anions in an aqueous solution. These cations and anions will be attracted by the polar water molecules and detached from the crystal structure of the solid. 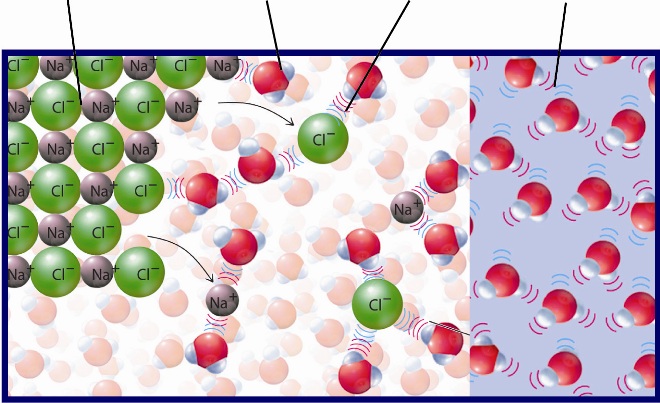 Not all solutes that dissolve in water form ions in solution, i.e. dissociate. Sugar, for example, is soluble in water, but it continues to exist as sugar molecules in aqueous solution. 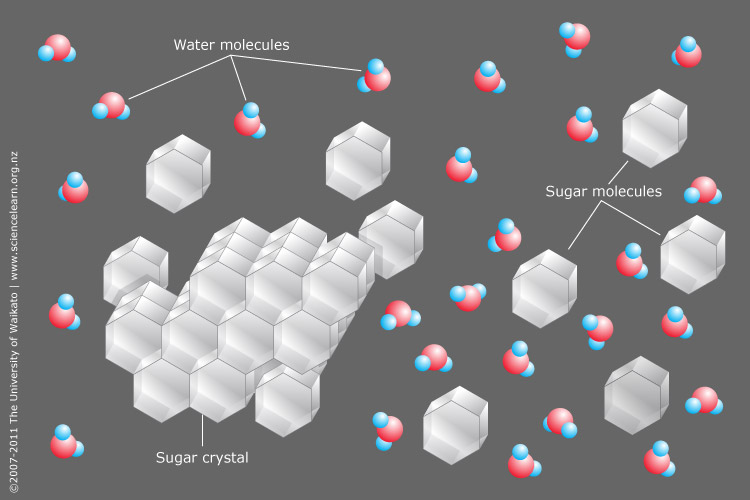 Some solids are insoluble in aqueous solution, which simply means that the water molecules are not polar enough to disrupt the electrostatic attraction between cations and anions in the solid.

Double replacement reactions will take place in aqueous solution if they result in the formation of such an insoluble solid, called a precipitate.

For example, if you add two aqueous solutions, one of sodium hydroxide and the other of copper sulfate, you will end up with copper hydroxide, an insoluble solid that precipitates out of the solution.

876 views around the world