Hydrogen has a oxidation state in methane.

I don't know who told you this, but hydrogen does not have an oxidation number of in methane, .

Oxidation states are assigned by taking into account the difference in electronegativity between the two bonded atoms.

Carbon is actually more electronegative than hydrogen, which means that in a bond, you assign oxidation numbers by assuming that carbon is the one that takes both bonding electrons. 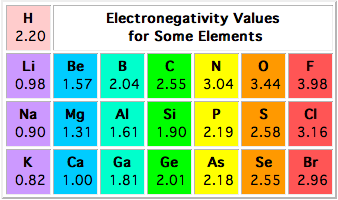 Methane has one carbon atom bonded to four hydrogen atoms via single bonds.

If carbon is to take both bonding electrons from each of those four bonds, it will end up with four extra electrons, which are the electrons the hydrogen atoms were providing to the bond.

899 views around the world