What does valence bond theory not account for that molecular orbital theory does successfully?

Valence bond theory (VB theory), or at least the textbook version, does not mention delocalization of electron density, describing covalent bond formation as due to maximum overlap.

What VB theory does instead is that it specifies only a single state: the one that describes the bonded molecule with localized electrons (situated between atoms, but not spread throughout the molecule).

It can be thought of as a simpler view than molecular orbital theory (MO theory), which extends the premise of VB theory by proposing the delocalization of electron density throughout the molecule.

You instead have multiple states shown in so-called molecular orbital diagrams that each contribute to the overall description of the molecule.

Take the very simple example of : 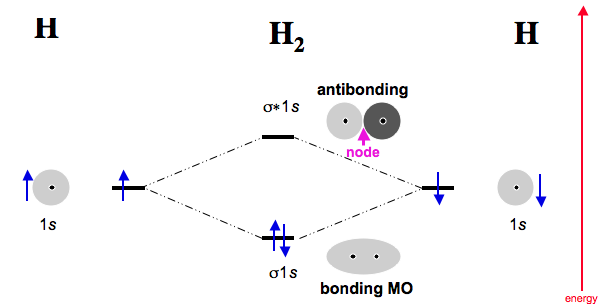 The MOs in the middle are roughly analogous to individual resonance structures (see A, B, and C below), in the sense that they are single states that average to provide a full description of the molecule (at least, when it's not reacting).

A, B, and C are resonance contributors; D is the resonance hybrid structure.

In three dimensions, MO theory then describes the molecule by an averaged configuration of molecular orbitals, including how the molecule behaves while it reacts.

4006 views around the world