Resolve two forces at 120º to each other? Now add the horizontal component to the horizontal force:
The forces are in opposite directions so they subtract. Taking to the right as positive, the resultant of these two forces is So the total horizontal force is 5.0 N to the right (shown in green in the next diagram). The last step is to calculate the magnitude of the resultant of these two forces:
The total horizontal force and the vertical component form a right angled triangle, so we can use Pythagoras’ Theorem. 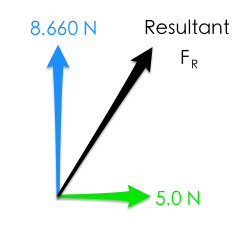 You can use the cosine rule to solve the problem if you rearrange the forces head-to-tail.

If you want a more elegant solution than the one I just provided, well here it is!

We can rearrange the problem so that the two forces are arranged head-to-tail and use the cosine rule to solve for the resultant force. 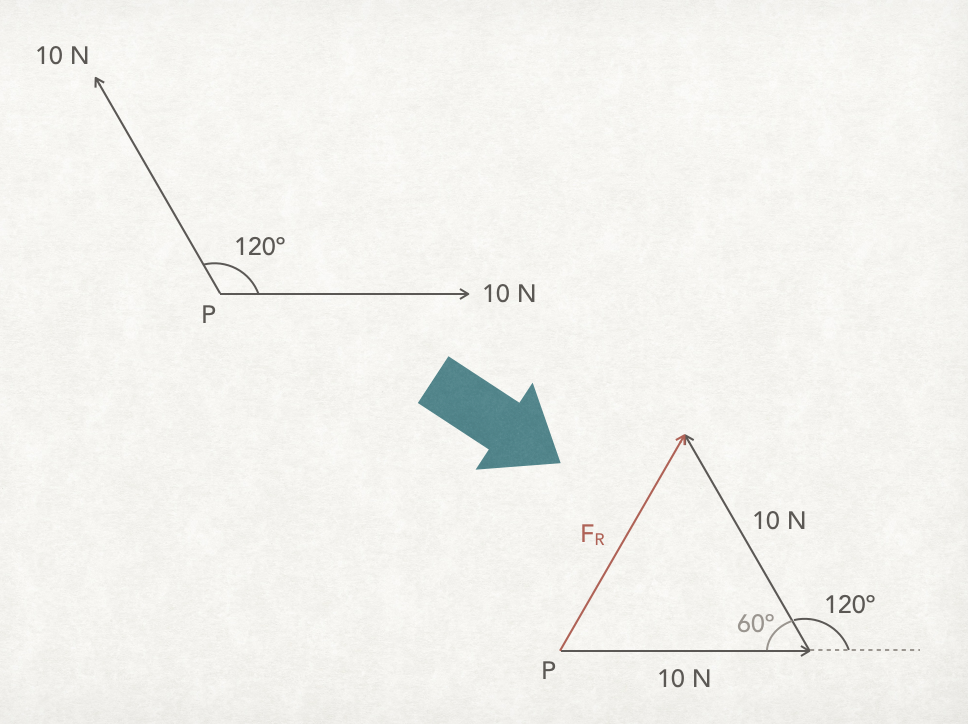 4538 views around the world