What tells us where we can find electrons? Why are these probability distributions the way they are? Can an electron ever stop spinning or moving?

WHAT TELLS US WHERE WE CAN FIND ELECTRONS?

Via quantum mechanics, we would find that an electron density map for an orbital tells us the probability density for finding an electron at certain locations in the orbital.

Technically, the probability density is not saying we will have a particular probability of finding something in a specified spot; it's more like a plot of determined locations that are or have been populated over time and how dense the population is in certain locations.

It's an integral value, and is continuous and nonnegative.

It is valid, however, to say that it is more likely to find an electron at distance than distance away from the center of the orbital.

WHY ARE THESE PROBABILITY DISTRIBUTIONS THE WAY THEY ARE?

Beats me. We figured out how they were using X-ray diffraction techniques in the past, which I can only assume is quite expensive. 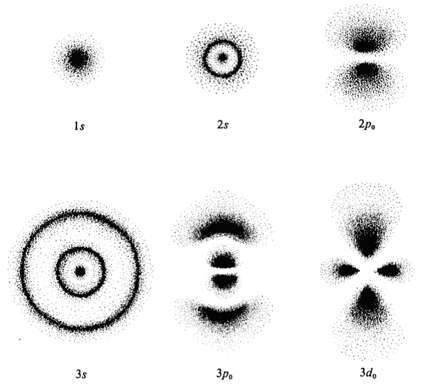 We can now use computational methods such as (but not limited to) density functional theory (a semi-empirical method, with no straightforward/obvious formulations) to generate electron density maps on computers.

It's more of an experimental reason than anything that we have these probability distributions for orbitals.

CAN AN ELECTRON STOP SPINNING OR MOVING?

No, the spin of an electron cannot be altered except in direction. Being a fermion, it for quantum mechanical reasons is restricted to a half-integer spin (that is, it has a binary restriction to ).

Furthermore, let's suppose an electron did stop moving around (but still has a nonzero spin). Then would we not know the momentum precisely as ?

(Normally we would know the momentum with less uncertainty than for the position, but not uncertainty.)

That implies that an electron has the potential to be found anywhere, or maybe even nowhere, neither of which are true; it cannot be found at nodes, where the wave function at that location, but it will be found somewhere in the universe, to be sure. 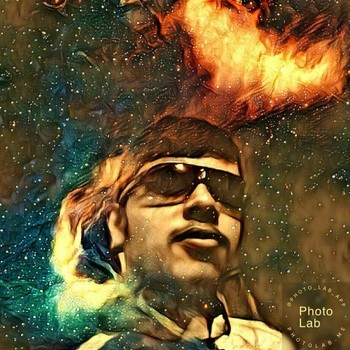 Here there is a little answer.
But they do not stop spinning; they are semi-random oscillating superpositions of waves.

Classically, spinning in a elliptical orbit and the electron coming near the nucleus does NOT describe the atom accurately.

According to my knowledge, an orbital contains a node where the probability of getting electrons is 0. There is also a region of highest probability to observe electrons.

Mainly, there is a probability density (a charge distribution) described by , the integral over allspace of the squared wave function from the Schrödinger equation.

1847 views around the world