You can try to find a solution by using an intuitive approach.

As you know, air pressure is essentially the force with which molecules of air push on a given surface area. For example, the pressure at sea level is equal to

A pascal, which is the SI unit for pressure, is defined as a force of pressing down on a surface area of .

This means that if you draw a square at sea level, the column of air that is located directly above the square will press down on it with a force of .

Now, this force is actually the weight of the molecules present in the column. This implies that if you have fewer molecules of air in the column, the pressure will be lower.

This is why atmospheric pressure decreases when altitude increases -- fewer and fewer molecules of air are present as you move away from sea level, i.e. the air is less dense. 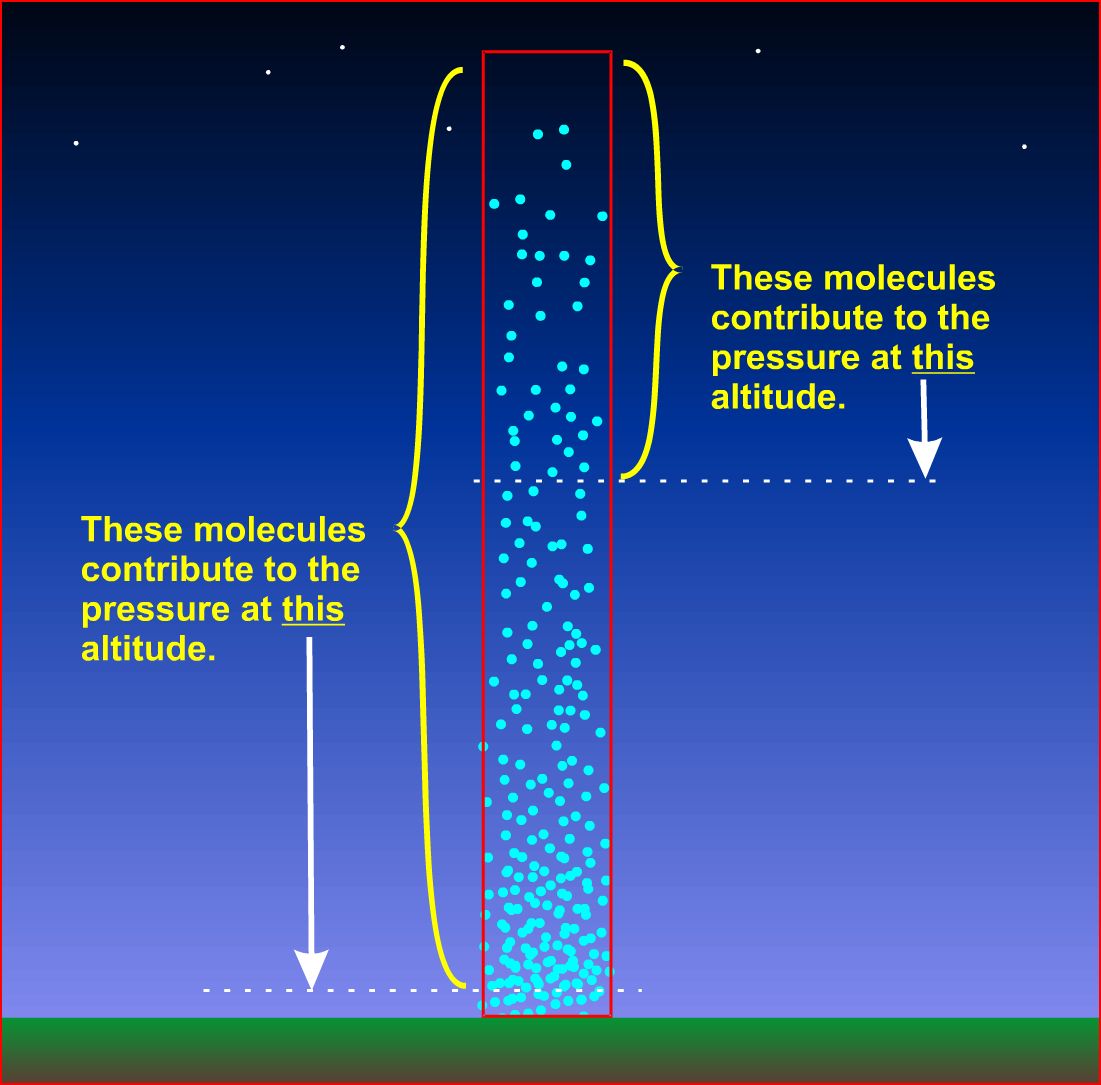 So, what would you expect to see as you go at altitudes that are below sea level?

The number of molecules of air present in the column would increase, i.e. the air will become more dense. This implies that the total pressure of the column of air will increase.

Consequently, the partial pressure of oxygen would be higher, if you assume that oxygen's mole fraction, , remains approximately equal to its value at sea level.

You can use Dalton's Law of Partial Pressures to write

the partial pressure of oxygen at sea level

the partial pressure of oxygen below sea level

Divide these equations to get rid of the mole fraction

This will get you

The partial pressure of oxygen is higher at altitudes that are below sea level than it is at sea level.

See all questions in Partial Pressure