Physicists were trying to measure the energy of an electron in a beta decay. They'd expect the electron to carry a certain energy predicted in theory using Einstein's . 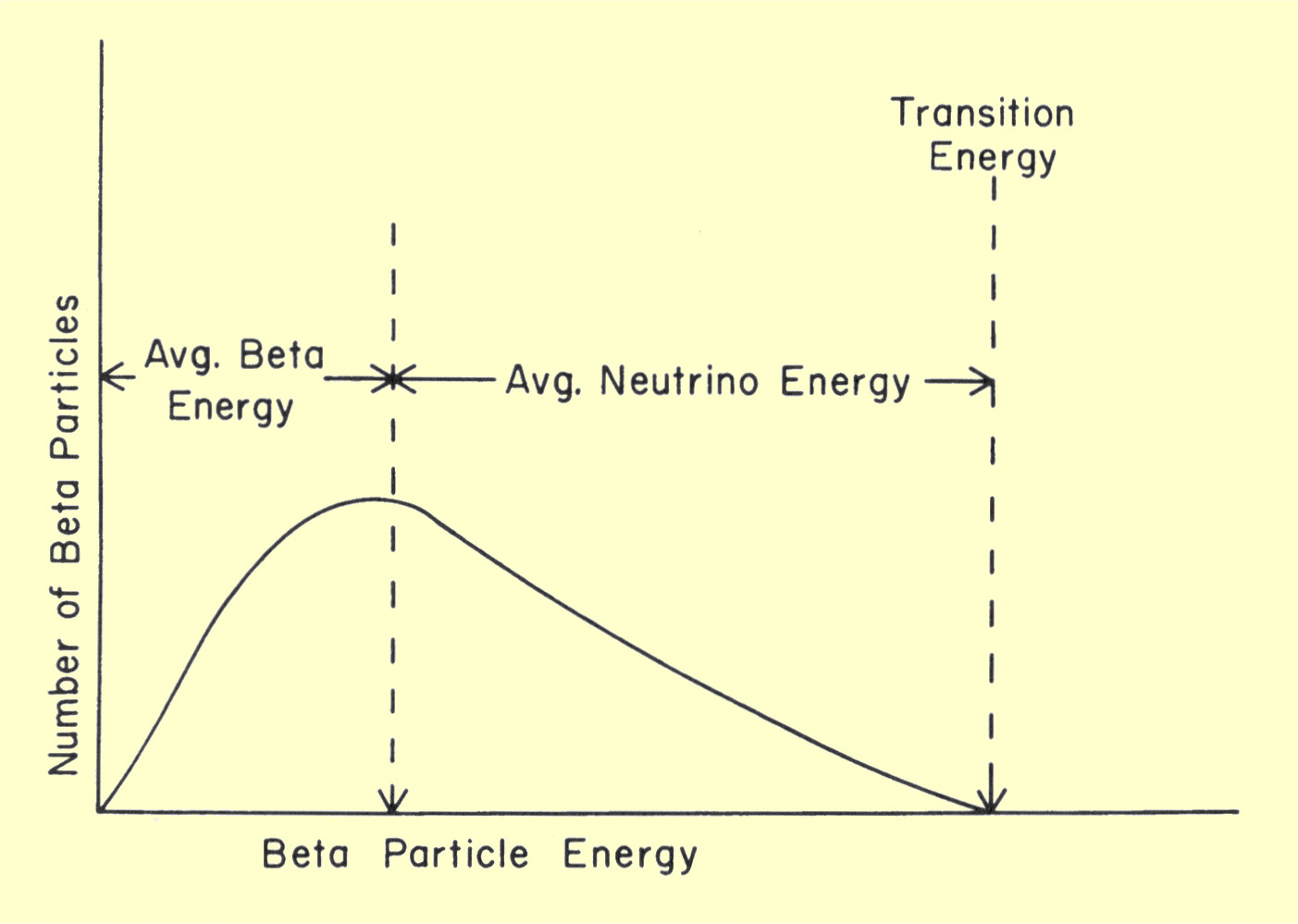 From the graph, we see that the beta particles represented by the curve are always less or equal to the transition energy (the predicted amount). It led Wolfgang Pauli to propose that an unseen particle called the neutrino was carrying the rest of the energy from the electrons.

Neutrinos were detected by Clyde L. Cowan and Frederick Reines by observing the inverse beta decay where if true, the proposed neutrino would react with a proton to turn it into a neutron while releasing a positron.
.

Neutrinos are hard to detect. We have trillions of them escaping the Sun every second. They are hard to detect because they simply do not react so often. I can focus all of the neutrino from the Sun into a neutrino beam and stand in front of it and I bet $100 (okay, maybe $50) I still would not get cancer of any sort.

*Dark matter is the invisible mass in galaxies not detected directly by scientists. We know (quite confidently) that they exist because of the gravity they exert.

680 views around the world