I assume that you want to write out a quantum number set that describes the highest-energy electron located in a potassium atom, i.e. the element's valence electron. 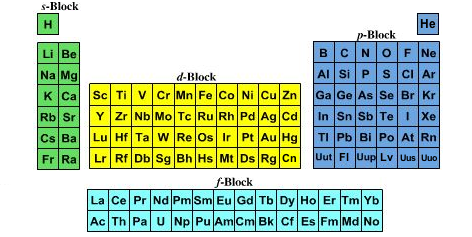 Potassium, , is located in period 4, group 1, which means that you can find it in the s block, shown here in .

You can thus say that potassium's highest-energy electron will have

the value of the principal quantum number is given by the period in which the element is located.

In this case, potassium is located in period 4, so its valence electron will have .

the value of the angular momentum quantum number is given by the block in which the element is located.

Therefore, you can say that potassium's valence electron will have .

the magnetic quantum number can be determined using the group in which the element is located.

In this case, the single electron located in the s-orbital is considered to have spin-up.

Therefore, you can say that the quantum number set that describes the highest-energy electron in an atom of potassium will be

This set describes an electron located in the fourth energy shell, in the s subshell, in the 4s orbital, that has spin-up.