What is a species?

Biology The Elements of an Ecosystem Populations and Communities

There are multiple definitions of the term "species." See detailed answer below.

In it's simplest term, species may refer to a group of individuals that interbred with one another and produce offspring that are not sterile. However, this definition can be too simplistic at times.

For example, how do we know what a species is for organisms that existed millions of years ago? What about species that are asexual or that are hybrids? There are multiple definitions of the term:

Biological species concept -This is the most commonly used definition. Individuals able to interbred with one another and produce viable offspring or a gene pool that is not exchanging genes with other gene pools. For example, a lion and a tiger can interbred and produce an offspring, but the offspring of the lion and tiger is sterile and cannot reproduce. Thus, lions and tigers are not the same species.

Morphological species concept -a species is defined by its morphology. Individuals with similar traits or phenotypes are grouped together. For example, in the image below, individuals are grouped into species mainly based on the overall body size. Different phenotypes do not always accurately reflect separations (i.e. albino offspring). This definition is often used for extinct species.

Phylogenetic species concept -individuals that represent the smallest part of an evolutionary tree or phylogeny are a species. This concept works well with species that have recently diverged and it works with asexual species. 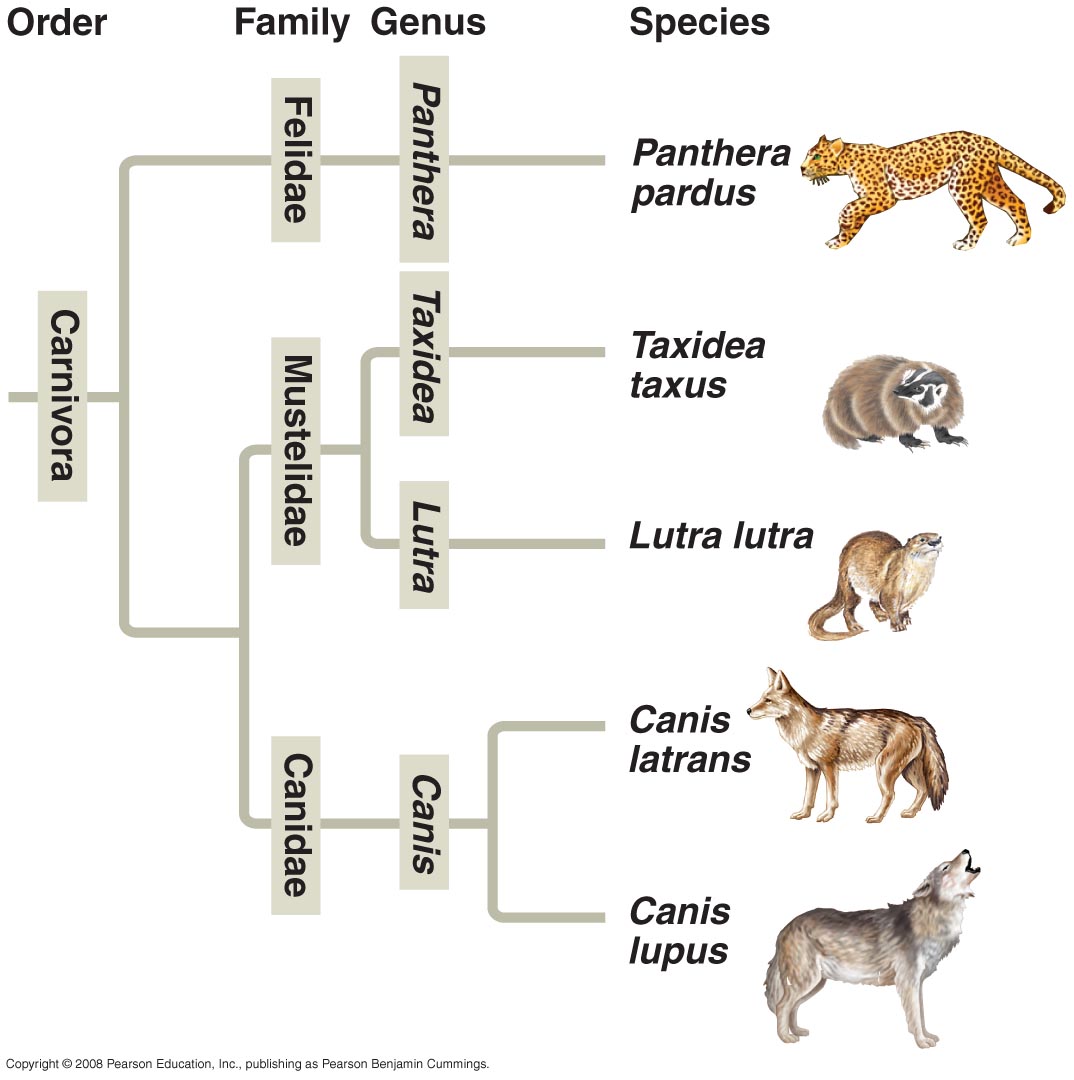 Genetic species - defines a species as individuals with similar DNA.

Recognition species concept -individuals that recognize each other as possible mates are of the same species.

More information can be found here.

See all questions in Populations and Communities

2259 views around the world