How should the ionization of metals and non-metals compare? Which process should require more energy? 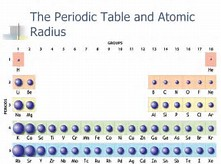 And as we descend a Period, the nuclear charge is somewhat shielded by a full valence shell. The next valence shell is farther removed from the nucleus, and the process begins again. This contest between nuclear charge, and shielding by other electrons, underlies the structure of the modern Periodic Table.

As chemists, as physical scientists, we should out some data to inform our argument. And consider the ionization enthalpies of the elements across the Period, 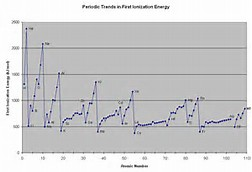 And so, finally, to address your question. These data suggest a priori that metal ions, which have unfilled valence shells should be easier to ionize than non-metals, which come from the right of the Periodic Table, and tend to have high effective nuclear charge. And indeed they are: metals thus tend to lose loosely bound valence electrons to form , , and ions, i.e. cations.

On the other hand, towards the right of the Table, where lie the non-metals, these species tend to be oxidizing (certainly oxygen and flurorine are!), and their high nuclear charge is the reason for this tendency.

626 views around the world