To figure out which element of these is the smallest, i.e. has the smallest radius, we can refer to a periodic table for the location of each element.

The general trend for atomic radii is that the radius as you go , and as you go : 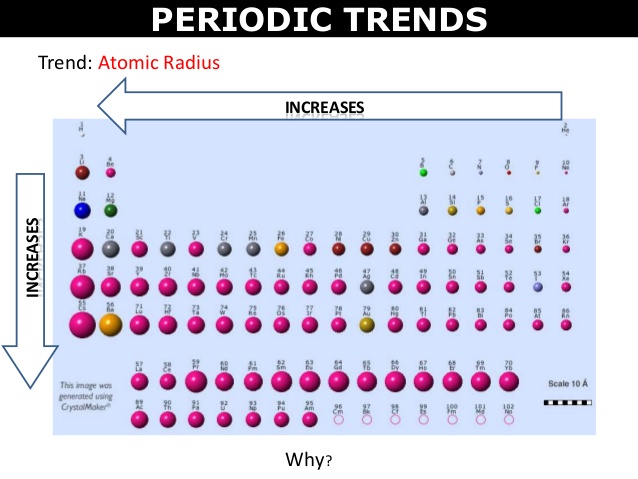 From this trend, to see which of these elements is the smallest, you must determine which element is farthest right and/or the farthest up in the table. This element is nitrogen ().

Just as the question at the bottom of the image proposes, why is this the general trend?

These two points illustrate a general description of this trend.