According to classical physics, energy was thought to be "continuous." What does this mean?

It means that rather than describing energy as "quantum packets" (), it was thought that the waves were electromagnetic radiation whose energies varied according to the wave intensity (rather than frequency and wavelength).

The classical wave theory was debunked in the early 1900s through the photoelectric effect: 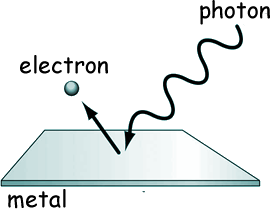 The classical physicists believed that all one had to do was raise the intensity of the light that hit a piece of metal to eject an electron at a higher kinetic energy, because they thought the electron would oscillate faster and then fly off faster.

However, Robert Millikan in constructed the experiment to prove the electron would be ejected at a higher kinetic energy due to increasing the frequency of incoming light further past the required minimum, verifying Einstein's theory from about the quantization of energy ():

Thus, it was confirmed that energy is quantized as "energy packets" (not continuous), or photons, additionally showing that the electron is both a wave and a particle.

The only thing I can think of is the Black Body problem.
At the end of the 19th century it seemed that everything was explained and only small irrelevant bits were still escaping the grasp of scientists.
One of these small bits was the Black Body Radiation and the Ultraviolet Catastrophe.

Consider a Black Body. This is an object that is a perfect absorber but also a perfect emitter. So if you heat it it will devolve the energy entirely. In practice it is a kind of a transformer: you give to it heat energy and it gives you back radiant energy (light).
If you heat this object it devolves light at certain wavelength and intensity, so, for example, if you give some heat it will glow red or blue or other (exactly as a piece of metal left in a furnace becoming red).

The problem is that as you increase the heat the radiation emitted will have a smaller wavelength and, according to experimental work, the intensity will grow but very steeply up to the ultraviolet where the intensity should become....infinite!
This is not possible! Experimentally doesn't work and, if you think, it is not logical as well.
But then what?

Planck decided to find the solution but he was not able to get it. In an act of desperation (he admitted so) he decided to force an explanation. Imagine that the black body is made up of atoms that are similar to vibrating systems; they receive energy, vibrate and re-emit energy.

This is ok, it is thermodynamics and classical Physics and Planck agreed on this, but now he introduced his act of desperation: what if the vibrators cannot accept any amount of energy? What if they can vibrate only when they receive a certain fixed amount of energy?

To understand this incredible assumption and the implications of it, imagine that you change some money; you'll have a lot of small value coins (say 10 cents) some less of bigger value (20 and 50 cents) and very few of big value (say 1 dollars). The bank works as the black body changing a certain amount (a cheque or banknotes) into coins but it cannot have a continuous set of coins otherwise we would receive an infinite amount of coins (1 cent, 1.0001 cents, 1,00000001 cents, etc.).

You can see that the smaller frequencies as the ultraviolet are the bigger value coins, they are few in number and correspond to a relatively small intensity, while the 20 cents will give you the green wavelengths and the 10s the red.

This is a very crude example but you can see that as for coins, for energy you cannot have a continuous in values but only a discrete set of values that together they form your total amount (few of the big values and a lot of the small)!!!

Anyway, I advise you to have a look in the literature to the Ultraviolet Catastrophe and Black Body Radiation to have a more complete and rational point of view.

See all questions in Energy

2385 views around the world