For each pair of atoms below, circle the atom with the larger
radius:

Which of the following elements would have the largest second
ionization energy:

Recall that the larger the effective nuclear charge, the more the electrons get attracted towards the nucleus.

Naturally, the larger-charged element has the greater effective nuclear charge.

A similar trend is present for vs. .

The effective nuclear charge increases from left to right because the number of protons in the nucleus increase, leading to the electrons getting pulled inwards more, shrinking the atomic radius.

The highest second ionization energy would be based on the question, "when can a second consecutive electron be removed the least easily?".

For group 1 atoms, the second electron removed would be the 8th electron in the previous quantum level, i.e. it would disrupt the noble-gas-like configuration of the cation.

Since potassium and rubidium are on group 1, it is between those two; those only have one valence electron on their outermost orbitals as neutral atoms. 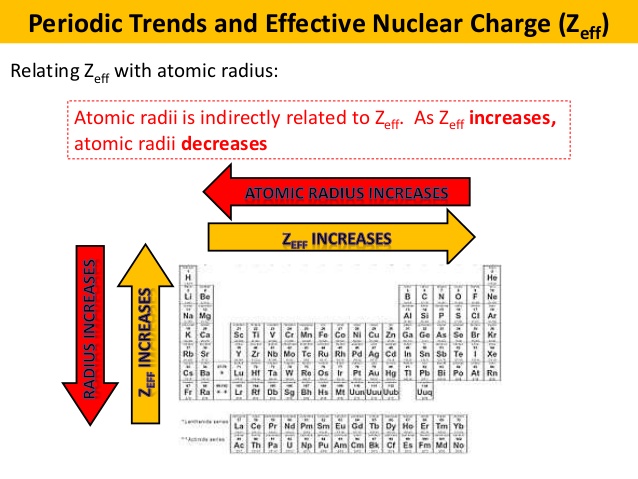 Effective nuclear charge decreases down a group (increases up a group) because of the added quantum level, which adds more core electrons to shield the valence electrons.

So, I expect to have the largest second ionization energy.

The actual second ionization energies are:

9176 views around the world