Does the VSEPR theory predict that XeF2 is linear?

The VSEPR theory predicts that XeF₂ is linear.

We must first draw the Lewis structure for XeF₂.

This tells us that there are five electron regions (Steric Number = 5) about the central carbon atom. They are the three lone pairs and the two Xe-F bonds.

The VSEPR model states that the electron regions around an atom spread out to make each region is as far from the others as possible.

Here is a diagram of various VSEPR shapes. 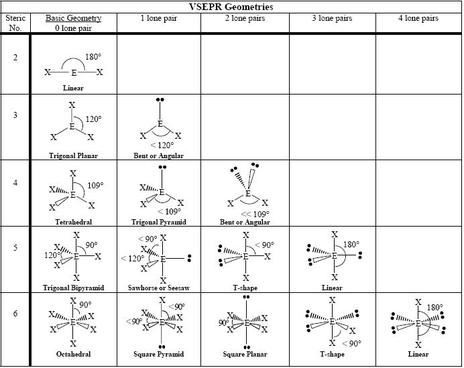 We see that when the SN = 5, the electrons arrange themselves at the corners of a trigonal bipyramid.

The lone pairs take up the most space, so they occupy the equatorial positions.

The shape of the molecule refers only to the arrangement of the bonds.

The bonds are at angles of 180° from each other, so XeF₂ is a linear molecule.

See all questions in VSEPR