Explain the purpose of staircase line. What type of elements are on either side of (along) the line?

The staircase line indicates the position of the metalloids in the Periodic Table.

The elements along side the line are metalloids. They have both metallic and nonmetallic character. 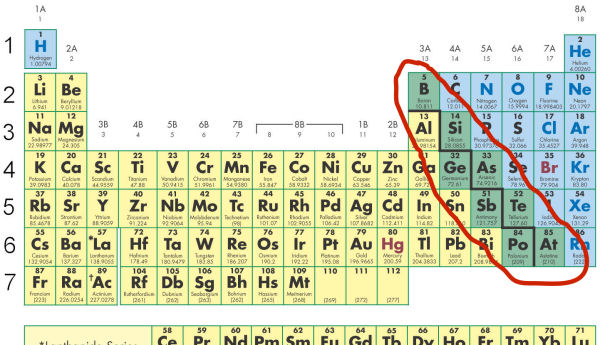 The elements on the immediate right of the line tend to gain electrons more than lose them. They have relatively high electronegativities.

Silicon, for example, is a semiconductor. It is more of a nonmetal than a metal, but it has some of the properties of both metals and nonmetals.

The elements to the immediate left of the line tend to lose electrons more easily than gain them. These elements have relatively low electronegativities.

8563 views around the world