How can benzene be converted into acetophenone?

Think of the differences between the two compounds.

Okay, so how do we get there? Suppose we break the bond that was just made and use that idea to figure out what could have happened. 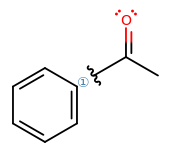 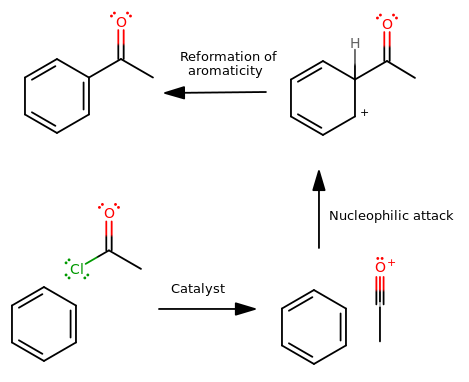 CHALLENGE: Can you fill in the mechanistic arrows? Hint: You should be able to find this in your book. It's the Friedel-Crafts Acylation.

3990 views around the world