How can I interpret graphs of motion?

interpreting a motion graph is quite simple.....

as a vehicle or a moving object moves it covers a particular distance
this we jot it down in graphs and study the movement of the moving object.
as shown below if the line of the graph is on a horizontal or a diagonal , the distance will have a same equal ratio to time:

as shown here the line of the movement is diagonal the time (s) and position (m) share an equal ratio...
in one second the person travels 10m in distance. so if it is double the time the double the distance ( in two seconds 20 m traveled in distance) 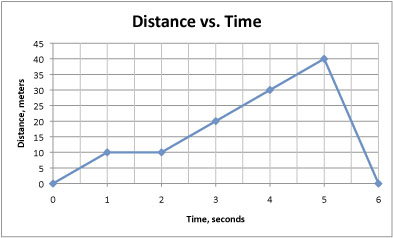 See all questions in Motion Graphs