How can natural disasters be predicted?

It depends on the specific disaster.

Without humans there would be no "disaster" it would just be nature running its course. Some high-casualty natural disasters come without any advanced warning while other come with advanced warning but infrastructure failure exacerbates issues (Hurricane Katrina -which had the levees remained intact the storm may have been completely benign).

For hurricanes and tropical storms the size of the storm, the temperature of the waters it forms over, and the time of year (for the Gulf Coast of the US that's between June and November . When a storm does form it can be spotted by airplanes (reconnaissance aircraft specifically designed to fly in and around storm systems) or via satellite. 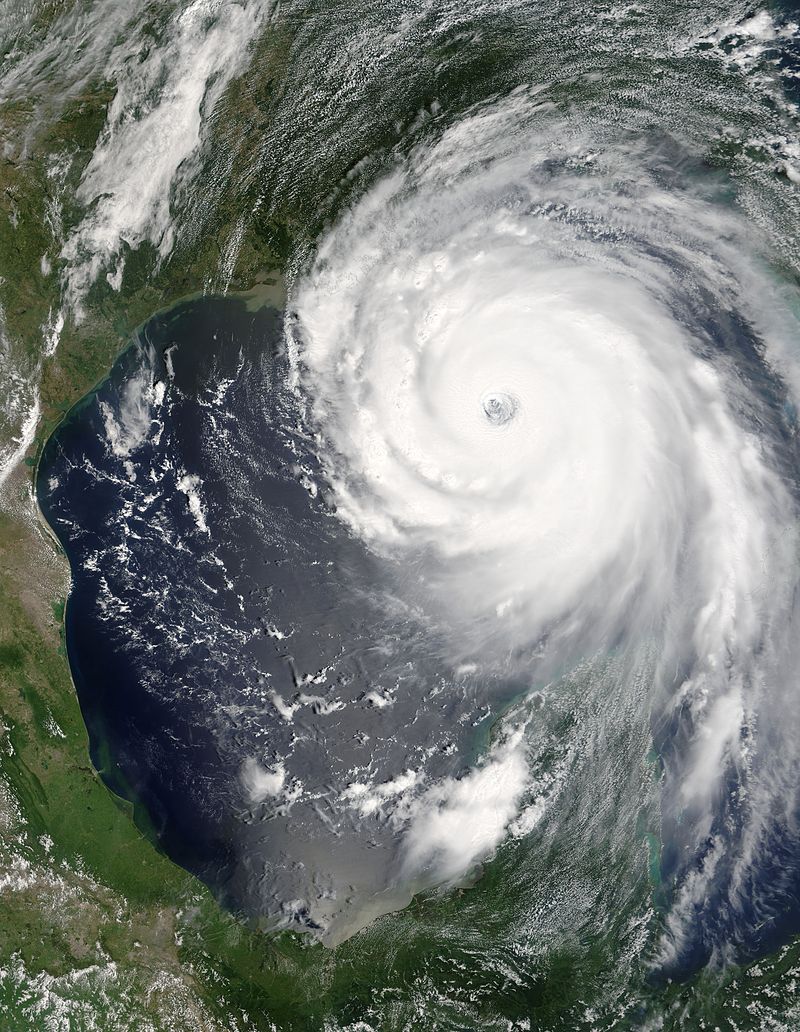 Tornadoes are predicted by the National Oceanic and Atmospheric Administration (NOAA). They use computer simulations with complex algorithms that track weather patterns, conducive to the formation of tornadoes. If a region is at elevated risk for a tornado a tornado warning (or watch) is implemented in the communities that are most likely to be affected by the storm. These "complex algorithms" are based on observations from local, specially trained scientists called "storm spotters", through Doppler Radar observations, or through aircraft (just like with hurricanes).

Above is Doppler Radar imagery of a phenomenon called a "hook echo" (in red), this is indicative of a tornadic event (i.e. a formed tornado and its path) (public domain)

Volcanic eruptions can be predicted however it is difficult and not always accurate because each volcano and every eruption are unique. Volcanologists, the people who study volcanoes, use a variety of toys including:

Used to detect a change in the gasses that a volcano emits which can be predictive of an impending eruption.

Used to determine ground movement which is indicative of the movement of magma under the surface of the volcano and potential for an eruption.

Are used to determine deformation the volcano which indicates a build-up of pressure and magma.

Unfortunately for those of us on the West Coast of the United States (or anyone else living in an earthquake prone area) earthquakes cannot be accurately predicted. The only way to reduce casualties from an earthquake is to make infrastructure that can withstand an earthquake. In fact Seismologists have been warning us out here in California for years that "the big one is coming". Fortunately 99% of all the earthquakes that occur are too small for us to detect without special equipment!

Hopefully this helped some, I know its long but there are a lot natural disasters (in fact I didn't include all of them)!

8109 views around the world