How can vectors be combined?

By using a scale diagram, or trigonometry and pythagoras.

Vectors have magnitude and direction. They can be represented by arrows of a certain length. The arrow direction represents the direction and the length represents its size. Vectors must be added head to tail so that the addition takes the directions into account.

If a scale diagram is used choose a scale (e.g. 1 cm = 1 N) and use a protractor to measure angles relative to the horizontal and vertical. Draw the vectors head to tail. The resultant vector is a straight line from the tail of the first vector to the head of the final vector. This method is recommended for adding more than 2 vectors.
In the diagram see the top half which shows the resultant vector for a number of vectors added. 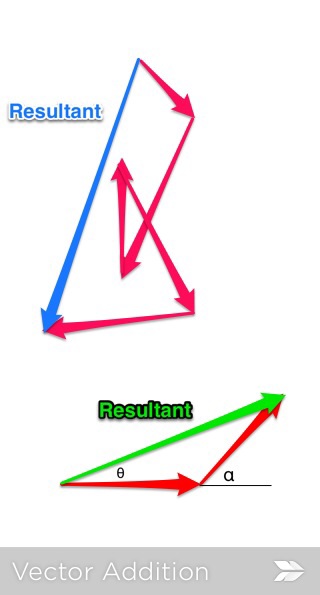 See all questions in Vector Operations

4017 views around the world