How did the exchange of plants & animals alter the environment?

Really it is better to ask what were some effects on people coming from the Old World to the New.

People say that the Columbian Exchange occurred but it really didn't benefit the people of the New World very much.

We usually describe this in purely economic terms, but it is also biological. Researchers increasingly think that the most important cargo on these early transoceanic voyages was not silk and tons of silver but plants and animals, many of them accidental stowaways.

But those homebound ships contained something else of equal importance: the Amazonian plant known today as tobacco.

Before Columbus, the parasites that cause malaria were rampant in Eurasia and Africa but unknown in the Americas.

Transported in the bodies of sailors, malaria may have crossed the ocean as early as Columbus's second voyage. Yellow fever, malaria's frequent companion, soon followed. 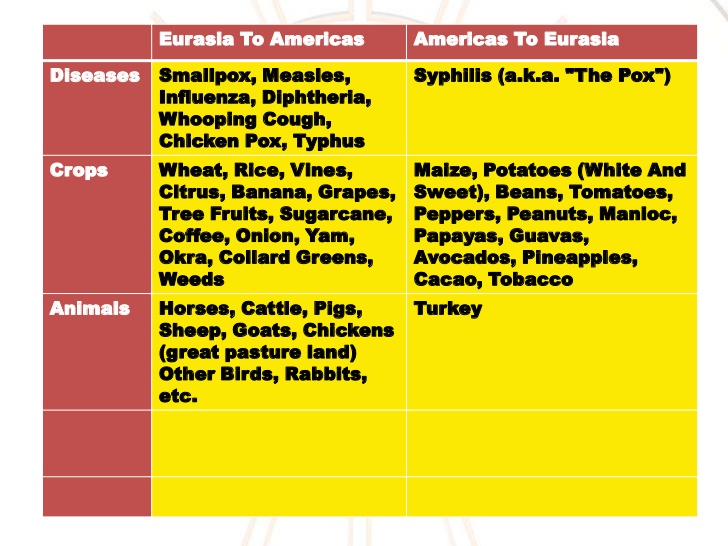 The diseases of the Columbian Exchange made the enslaved worker "preferable at anything up to three times the price of the European servant."

Hunger was then a familiar presence in Europe. France had 40 nationwide food calamities between 1500 and 1800, more than one every decade, according to the French historian Braudel.

England had still more. The continent simply could not sustain itself.

The potato from the New world allowed most of Europe—a 2,000-mile band between Ireland and the Ukraine—to feed itself.
People in the New World were actually taller and better fed.

But worse for the New World was the loss of 90 percent of the native population due to diseases that they never had seen before.

There had been about 80 million and only around 720,000 were left. The land appeared to be empty. 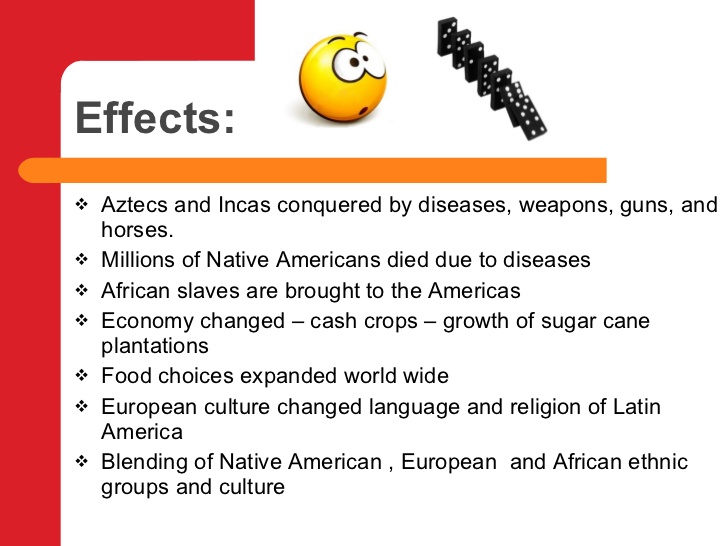 5123 views around the world