How do anhydrides react with water?

At the carbonyl carbon that belongs to the bigger half.

The leaving group is highlighted, assuming is longer than .

Since we are assuming that is longer than , let's attack the carbonyl right now and remove the carboxylate group. 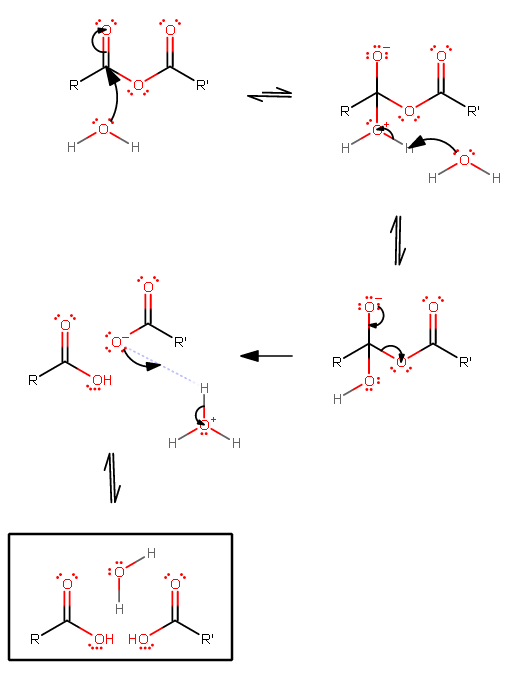 You can now see that two carboxylic acids form.

CHALLENGE: Can you draw the mechanism for the dehydration of two carboxylic acids into one anhydride? Do you think it requires heat? How about acid?

2040 views around the world