How do gametes affect genetic variation? 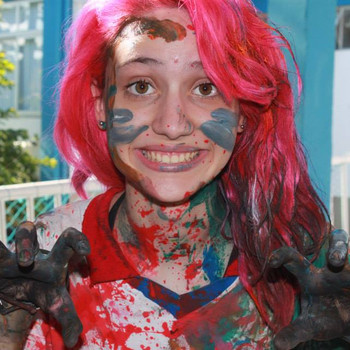 Sexual reproduction occurs when two gametes (in the case of humans, an ovum and a sperm cell) result in an offspring, which is genetically different from both the "mother" and the "father", but sharing traits from both.

The reason why this sharing of traits occurs is because of meiosis, which is the process in which gametes are produced.

During prophase I of Meiosis, crossing over takes place, which is when chromosomes "swap genes" (we have two of each autosome, one from our mother and one from our father, and the swapping occurs between them).

Crossing over results in two new and different autosomes, and each will go their seperate way into a seperate gamete, (gametes are haploid cells, so they will only have one copy of each chromosome).

Each offspring will have half their chromosomes from their mother, and half from their father, and each chromosome will have undergone crossing over while still in gamete formation, which leads to genetic variation.

Below is a video illustrating how crossing over occurs.

3946 views around the world