How do intermolecular forces affect solvation?

On a molecular level, solvation involves the dispersion of solute molecules throughout a massive collection of solvent molecules in such a way that the solute particles cannot interact with each other.

This dispersion is more favorable when intermolecular forces are similar. 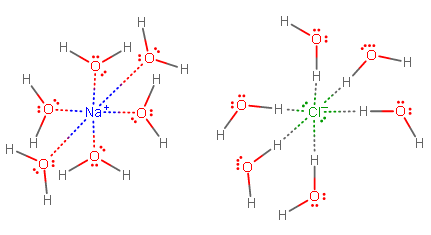 You might also see this kind of surrounded depiction called a hydration sphere.

CHALLENGE: Why can ethanol dissolve in water? What intermolecular force do they share in common?

See all questions in Solvation and Dissociation

1567 views around the world