I tried with a simplified version!

The basic of nuclear plant operation can be:

You have a block of nuclear fuel (a very instable and radioactive isotope of Uranium, for example) that has enough mass to start the process of Fission; in this process Uranium nuclei breaks forming two different elements of total lesser mass than the starting one and, during the process, release energy (corresponding, roughly, to the missing mass; ).

The energy released during fission appears as heat that can be transferred to water that vaporize (increasing its pressure) and is used to move turbines that, connected to dynamos, produce electric energy. 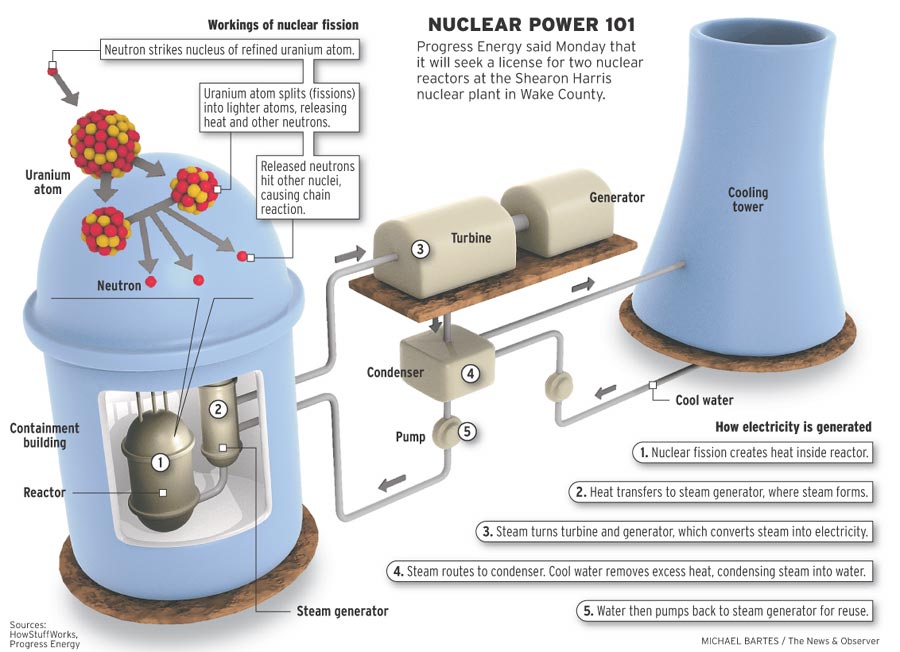 Although the fission bit seems alarmingly similar to what happens in an atomic bomb (and it is!), in a plant you can control fission introducing into the fuel, that is undergoing fission, special bars that can regulate (through the absorption of neutrons) and control the fission process (to stop it when the heath gets too high).

This is the general idea only. To learn more, see this related Socratic question and here

5134 views around the world