How do you name benzene rings?

It's hard to tell what you mean. You might mean one of the following: 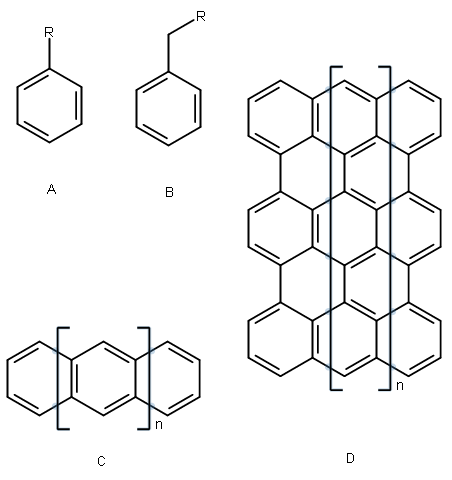 To name A, it is a phenyl substituent.

To name B, it is a benzyl substituent.

C is called an n-acene. So, if there are four benzene rings in a row, it's called tetracene. If it's seven, then it's called heptacene, and so on.

D is a special type of compound called a periacene. This one is named based on the "armchairs" and "zigzags" it has. For this one, it's called (5a, 3z)-periacene since it has five rows of benzene rings, each having an armchair (), and three zig zags (). But you probably don't have to know this.

1631 views around the world