How do you use the periodic table to determine what pairs of atoms would have the greatest difference in electronegativity? 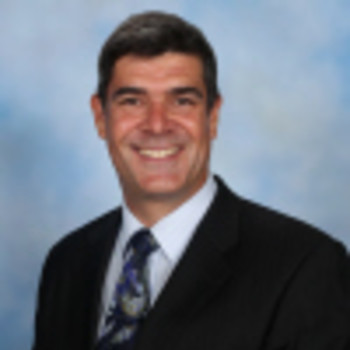 Look for a large separation between the atoms. Fr and F are a long way apart, hence they will have a large difference in electronegativity.

Elements in the same period are attracting electrons from roughly the same distance. Hence a nucleus with a higher charge eg F (9+) will exert a stronger force of attraction on an electron the Li (3+). We discount the nobel gases as they do not attract electrons as their energy shells are already stable (oversimplified, but I hope that makes sense).
It's more tricky when we move up and down groups, however just remember two factors affect electronegativity; distance from the positively charged nucleus (shorter distances are better) and nuclear charge (more protons are better). Unfortunately this is a simplified story and there is a little more to it (ie electron shielding - repulsion of outer shell electrons by other electrons between them and the nucleus).
In broad terms Fr has an outer shell which is a long way from its nucleus, despite it high positive charge and F has a strong positive charge on closely orbiting electrons, so these are a good choice for a big difference in electronegativity.

1668 views around the world