How does a flood happen?

Floods can happen for many reasons, two of the main reasons are: too much rain and infrastructure damage.

Is that rain or a waterfall? (Lots of rain in in a short time)

Most commonly, when a region is exposed to excessive (torrential) rainfall rivers, streams, and lakes overflow and their banks spillover onto land that is normally dry.

This is exactly what occurred in Houston, Texas in May 2015 (this storm dumped 10 to 14 inches of rain overnight): 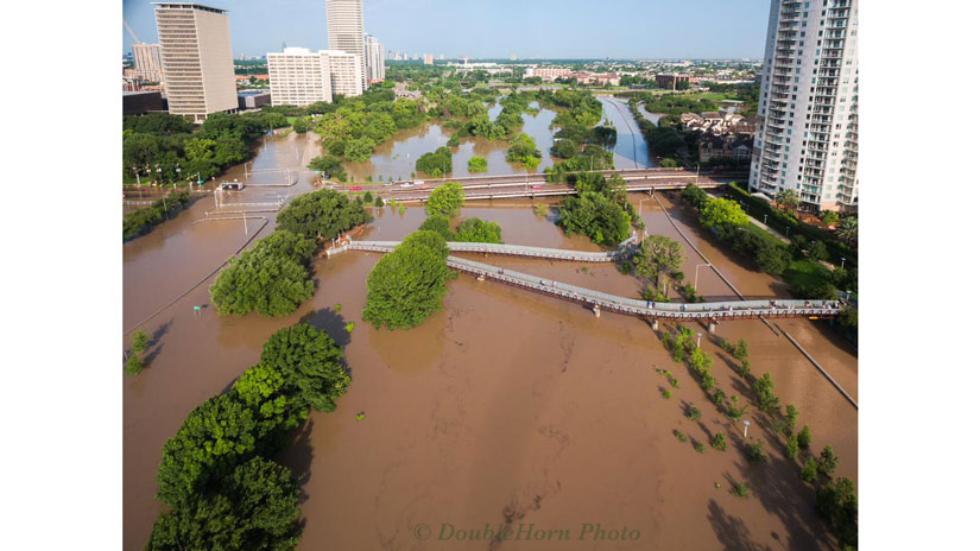 Sometimes a storm system doesn't deliver enough rain to a region to make the banks of a body of water spillover but the system does have enough force to destroy infrastructure.

New Orleans, 2005, is the perfect embodiment of this (the force of Hurricane Katrina caused the already ailing levees of Lake Pontchartrain to break flooding the city): 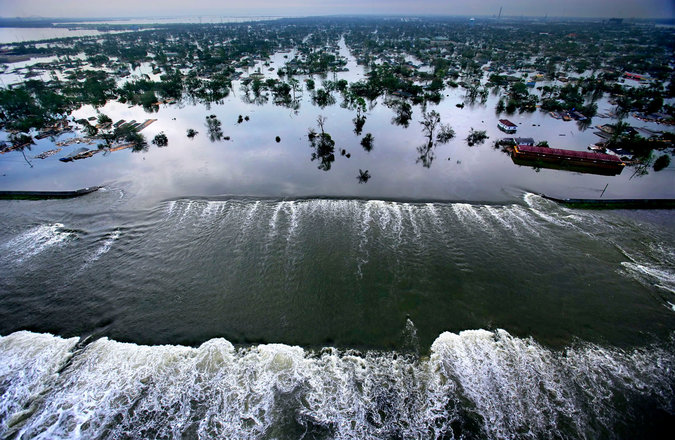 Infrequently, snow melts at higher elevations quite rapidly (near instantaneously) and flows down to lower elevations, this results in a flood.

This is not likely to occur from a simple spike in air temperature. When rapid snow melting occurs it is typically in response to some cataclysmic event such as a volcanic eruption, Iceland exemplifies this, in 2010 a volcano (Eyjafjallajökull, I don't speak Icelanic so umm... yeah that's the name of the volcano) melting a glacier and causing a flood:

Another new type of flood is called a Glacial Outburst Flood that occurs in mountain regions around Nepal, Greenland and similar locations.. Many towns are located downstream from natural dams left by the glaciers. With rapid global warming, the lakes that are often found behind these natural dams start to rapidly fill up. At some point, the natural dam fails and a torrent of water is sent flying down the valley, killing hundreds.
See pic.